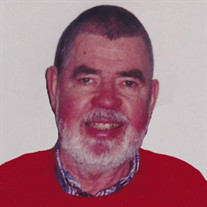 To view Marlyn's Celebration of Life, please join us Friday, January 8. Livestreaming will begin at 11AM by following the link below: https://portal.midweststreams.com/services/watch/0oT8dnLt3E Marlyn D. Aanenson, 85, of Fargo, ND, died Sunday, January 3, 2021, in Sanford Health Broadway Campus, Fargo. Marlyn Dennis Aanenson was born July 16, 1935, the son of Arnold and Mildred (Tronnes) Aanenson, in Halstad, MN. He was raised there and attended school graduating from Halstad High School in 1953. On June 19, 1959, Marlyn was united in marriage to Beverly Hesby in Halstad. They moved to Mayville, ND, where Marlyn attended college and played baseball for Mayville State University. After graduating with his degree in Business Education they moved to Greenbush, MN, where he taught Business Education. Marlyn and Beverly then moved to Ada, MN, where he served as the Norman County Deputy Auditor for a number of years. In 1980 he took a position with U.S. Postal Service in Fargo. The family moved to Fargo in 1987 and he continued working for the Postal Service until retiring in 2003. He was a member of First Lutheran Church in Fargo. Marlyn is survived by his wife of 61 years, Beverly; sons, Mark (Michele), West Fargo, ND, and David, Fargo; and grandchildren, Bailey and Sidney Aanenson and Griffin and Jasmine Aanenson. He was preceded in death by his parents; and brother, Curtis. A Memorial Service for Marlyn will be Friday, January 8, 2021 at11:00 AM in Korsmo Funeral Chapel, Moorhead. Burial will take place in Halstad North Cemetery, Halstad, MN. (Korsmo Funeral and Cremation Service, Moorhead, MN)

The family of Marlyn D. Aanenson created this Life Tributes page to make it easy to share your memories.

To view Marlyn&#39;s Celebration of Life, please join us Friday,...

Send flowers to the Aanenson family.