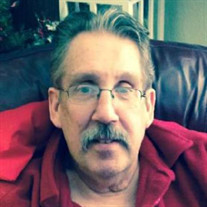 To join Ken's family and friends for his Funeral Service please click on the following link: https://portal.midweststreams.com/services/watch/K4Xf6Z0TE6 Kenneth W. Johnson, 70, of West Fargo, ND, passed away Sunday, October 17, 2021, in Sanford on Broadway, Fargo, ND. Kenneth Wayne Johnson was born March 27, 1951, in Valley City, ND, the son of Merrill and Agnes (Brown) Johnson. He was raised in Tower City, ND, where he graduated from high school in 1969. After high school he attended the North Dakota State School of Science in Wahpeton, ND, where he received a degree in Business. He then went on to serve in the U.S. Navy, before returning home to North Dakota. Ken was united in marriage to Judy Smith on August 22, 1975, in The Lutheran Church of Christ The King in Moorhead, MN. They were blessed with two amazing sons, Kristopher and Nicholas. Ken and Judy made their home in West Fargo, where they raised their two boys. Ken’s amazing personality and ability to relate to others made him an excellent salesman. He worked various sales jobs over the years and through Ken Johnson Calendars sold advertising to local businesses to provide poster-size sports calendars for high schools in many North Dakota communities. He finished his career at Corwin Honda in Fargo, retiring in 2016. Ken enjoyed collecting coins and sports cards. He spent his free time fishing or metal detecting with his boys. If he was not at the lake fishing, he was digging for buried treasure. He also enjoyed going to the horse races at the North Dakota Horse Park when the ponies were in town. He was an avid sports fan, especially football and golf, and loved his Pittsburgh Steelers. Ken was quick-witted with an extraordinary sense of humor. He always had a joke to share to bring out laughter. He had a heart of gold and was a devoted husband and father with a great love for his family and friends. He is survived by his wife, Judy, West Fargo; son, Kristopher, West Fargo; sisters, Beverly Gullett, Clinton, MT, Maxine Croegaert, Dallas, TX, and Mavis (Tom) Stearns, West Fargo; mother-in-law, Frances “Oma” Smith, Moorhead; and many nieces, nephews, great-nephews, and cousins. He was preceded in death by his parents; father-in-law, Billy Smith; son, Nicholas; and sister, Sandra Laney. Special thanks to Dr. Clark and the nurses and staff of the Sanford 4-East Covid Unit, to Sanford Roger Maris Cancer Center staff and nurses, along with Dr. Gerald Gross, Jennifer Hoffmann, NP, and Dr. Dennis Bier for their loving care. A Visitation for Kenneth will begin Saturday, October 23, 2021, at 1:00 PM, followed by his Funeral Service at 2:00 PM, in Korsmo Funeral Chapel, Moorhead, MN. Burial will be Riverside Cemetery, Fargo, ND. Masks will also be required for those in attendance. (Korsmo Funeral and Cremation Service, Moorhead, MN)

The family of Kenneth W. Johnson created this Life Tributes page to make it easy to share your memories.

To join Ken&#39;s family and friends for his Funeral Service please...

Send flowers to the Johnson family.