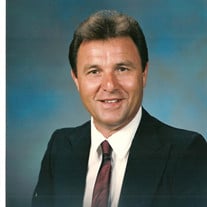 Jeffrey L. Koth, 69, Lisbon, ND formerly of Shelly, MN and West Fargo, ND, died Wednesday, March 18, 2020 at the North Dakota Veterans Home in Lisbon. Did you hear the celebration on March 18, 2020, at the ND Veterans Home in Lisbon? Jeffrey L. Koth, 69, finally got his wish. He was reunited with his beloved parents, after struggling with disabilities from a massive stroke for over 19 years. Jeff was born May 4, 1950, to Robert and Fern (Reno) Koth. As a young man, he worked in his father’s Shelly, MN Service Station. In 1968, he graduated from Climax-Shelly High School in Climax, MN. After high school, Jeff proudly served his country in Vietnam from 1969-1971. When his father became ill, Jeff was honorably discharged from the Army to help with the family business. Jeff took over the business and operated it in the late 1980’s until 1992. During his time at the Service Station, Jeff also drove bus for the Climax-Shelly School District for over 20 years. In 1992, Jeff moved to Fargo, ND, working in sales for Gateway Chevrolet. In 1993, he moved back home and worked for the City of Shelly, as a road grader operator and again at the Service Station. Later that same year, he was united in marriage to Cindy Andersen (Lindgren). From 1996-2000, Jeff worked as Safety Director for Valley Bus Company and Red River Trails. Just after starting his new job with Sullivan Middle School, Jeff suffered a massive stroke on December 13, 2000 that left him permanently disabled. He missed seeing the kids when he couldn’t return to work. Jeff took pride in watching his new homes being built. In 2000, Jeff and Cindy built a home in Moorhead and in 2004 they built a new home in West Fargo. On May 6, 2015, Jeff moved to the North Dakota Veterans Home in Lisbon, ND. Jeff absolutely loved all his puppies. Snuggling with his fur-babies was one of the most calming things for him. He also loved nice vehicles and motorcycles. He was proud of the new Harley he purchased in 1999. Many vehicles passed through his hands, since he seldom had one for more than 2 years. He could spend hours polishing his current ride. Every vehicle he owned was always in immaculate condition. Jeff enjoyed projects around the house and had a huge weakness for chocolate. He is survived by his wife, Cindy, West Fargo, brother, Tim (Sue) Koth, Arvada, CO; sister, Jodi (Jeff) Neil, Walker, MN; stepsister, Bobbi Matt, Glenwood, MN; stepmother, Eileen Koth, Fargo. In addition, he is survived by two nephews, four nieces, two great-nephews and two great-nieces. He is preceded in death by his parents and many fur babies. In lieu of flowers, please send memorials to the Shelly Marsh River Cemetery Fund at: SMR Lutheran Church P.O. Box #98 Shelly, MN 56581 A Private Memorial Service will be held in Korsmo Funeral Chapel on Monday, July 13, 2020. Interment of ashes will be held in Marsh River Cemetery, Shelly, MN.

The family of Jeffrey L. Koth created this Life Tributes page to make it easy to share your memories.

Send flowers to the Koth family.