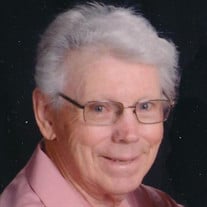 To view the recording of Bob's graveside service click the following link: https://portal.midweststreams.com/services/watch/u6B3S0xom6 Robert Wayne Wolfe, 88, of Moorhead, MN, passed away, Wednesday, January 6, 2021, in Rosewood on Broadway, Fargo, ND, after many months of declining health. Robert Wolfe was born on November 16, 1932, in Great Falls, MT. Robert was raised in the Seattle, WA area, by his mother, Vera (Knauss) Wolfe and step-father, Jay Wolfe. Robert graduated from high school in 1951. After high school he joined the United States Air Force, where he spent a total of 12 years. While part of the Air Force, Robert was stationed all around the world, including, Korea, Japan, Thailand, and England. After serving in the Air Force he moved back to Seattle where he worked for the city. On September 1, 1968, Robert and Adeline Fureby were united in marriage. Together Robert and Adeline had two sons, Geoffrey and Brian. Robert retired in 1995, and in 1996 he and his wife moved to Minnesota where they made their home on Star Lake. They lived there for 17 years before moving to Moorhead. During the years of their retirement, Robert enjoyed the days spent at the lakes and with his family. He also enjoyed oil painting and drawing, creating beautiful paintings of birds and flowers. Robert is survived by his wife, Adeline; sons, Geoffrey (Lisa) Moorhead, and Brian (Kelcey), Arlington, WA; stepson, Steven Wolff, Kirkland, WA; grandchildren, Geoffrey’s children, Alexander and Isaac; and Brian’s children, Daun and La’Daerion; great-grandson, Zaydrian; and a brother, Dennis Wolfe of California. He was preceded in death by his mother, Vera Wolfe, and step-father, Jay Wolfe. A private service for Robert will be held in the summer. Burial will be at Fargo National Cemetery, Harwood, ND. Arrangements by Korsmo Funeral and Cremation Service, Moorhead, MN.

The family of Robert "Bob" Wolfe created this Life Tributes page to make it easy to share your memories.

To view the recording of Bob&#39;s graveside service click the following...

Send flowers to the Wolfe family.