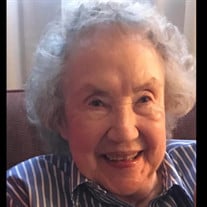 Margaret R. Mohr, 85, Moorhead, MN, died Tuesday, July 20, 2021, in her residence under the care of Hospice. Margaret Ruth Arndt was born June 27, 1936, in Roberts County, SD to Arthur and Louise (Roeder) Arndt. In her early years, she attended school in Hankinson, ND, graduating from Moorhead High School in 1954. Following high school, Margaret attended Dakota Business College in Fargo, ND. After receiving her degree, she started working for the Internal Revenue Service in Fargo. On September 6, 1957, Margaret was united in marriage to Glenn Mohr in Grace Lutheran Church, Fargo. They made their home in Moorhead welcoming two sons, Douglas (1960) and Patrick (1964). While Glenn worked for the railroad, Margaret kept the house in order. When Doug and Patrick finished school, Margaret returned to work, working various jobs in the Fargo-Moorhead area. She was employed at Hornbacher’s Northport in the Deli Department, as a receptionist for the Army Recruiting Office in Fargo for several years, and later, Barnstormer Café in Hector International Airport. Glenn passed away January 15, 1988. Margaret was a natural caregiver, providing care not only for her husband during his battle with cancer, but also for her mother and mother-in-law as their health declined. Since both families lived close by, Margaret enjoyed planning, assisting, and hosting family get-togethers though the years. Margaret was a wonderful homemaker where the aroma of freshly baked goods, the sounds of laughter and chatter filled the air. She instilled in her two sons a love for family and a strong work ethic. Margaret enjoyed a good Western movie, country music, baking, canning with her sisters and dancing during her earlier years with her husband Glenn. She was a member at Our Redeemer Lutheran Church in Moorhead and enjoyed staying active with LWML and attending Bible study. Margaret was a devoted wife, mother, grandmother, and great-grandmother. She is survived by her two sons, Doug (Marilyn) Mohr of Crestwood, KY, and Patrick Mohr of Moorhead, MN; two grandsons, Anthony (Haley) Mohr and Jacob Mohr; two great-grandsons, Micah and Amos; one sister, Orva Krause of Hankinson, ND; one brother, Dennis (Marlys) Arndt of Fargo, ND; along with several nieces and nephews. She was preceded in death by her parents; husband, Glenn (1988); and one sister, Julia Tweten. Visitation will be held Sunday, July 25, 2021, from 3pm-5pm in Korsmo Funeral Chapel, Moorhead, MN. Funeral Service for Margaret will be Monday, July 26, 2021, at 10am in Our Redeemer Lutheran Church, Moorhead. Interment will be in Moorhead Memorial Gardens. Memorials preferred to Hospice of the Red River Valley : 1701 38th St S, Fargo, ND 58103 or Our Redeemer Lutheran Church: 1000 14th St S, Moorhead, MN 56560.

The family of Margaret Mohr created this Life Tributes page to make it easy to share your memories.

Send flowers to the Mohr family.