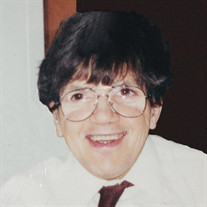 Kenneth Dale Miller, the son of Earl K. and Virginia (Davis) Miller, was born in Jamestown, ND, on February 19, 1955. He grew up with his family in North Dakota, and graduated from Minot High school in 1975. In 1975 Kenny moved to Ulen, Minnesota with his family. Earl Miller was the Chief of Police in Ulen for 20 years. Kenny resided in Moorhead MN, from 1990 to 2000. He worked in supportive service jobs for people with disabilities. He lived independently and in some shared living situations. He was a constant advocate for disability rights and was persistent in gaining advances for the independent disabled. During this period Kenny traveled to California every other year to vacation and spend time with his brothers. In April of 2000, Kenny became a resident of Viking Manor, Ulen, where he attended the Men’s Fellowship and did woodworking, copper tooling, and basket making. He also enjoyed the local residents and was very much a people person. Kenny moved to Detroit Lakes, MN, and resided at the Frazee Care Center from 2009 to 2014. After care issues increased, he moved to Minneapolis, MN, in 2014 and was at the Benedictine Health Center where he passed away on Sunday, August 2, 2020, at the age of 65, due to complications from cerebral palsy. Kenny was a very big part of his family’s lives throughout the years. Kenny grew up with his brothers running and playing in the fields of North Dakota like all other children. As he grew older his health did decline, but with the prognosis that he wouldn’t live past 20 years old, he had defied the odds and we are all fortunate and grateful. He was a fighter and a shining example of what it takes to persevere through adversity. He was a believer in God our creator and Jesus Christ as his savior. He was loved and will be missed. He was preceded in death by his parents and is survived by his two younger brothers and their wives, Randy & Alicia Miller and Steve & Debbie Miller, both in Southern California. A graveside service for Kenny will be held on Tuesday, August 11, 2020, at 1 PM in Bethlehem Lutheran Cemetery, Ulen. Arrangements by Korsmo Funeral Service, Moorhead, MN

Kenneth Dale Miller, the son of Earl K. and Virginia (Davis) Miller, was born in Jamestown, ND, on February 19, 1955. He grew up with his family in North Dakota, and graduated from Minot High school in 1975. In 1975 Kenny moved to Ulen, Minnesota... View Obituary & Service Information

The family of Kenneth D. Miller created this Life Tributes page to make it easy to share your memories.

Send flowers to the Miller family.