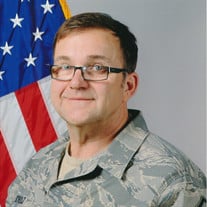 To join Ingo's family for his Life Celebration Service please follow the link: https://portal.midweststreams.com/services/iframe/20710 Ingo R. Schulz, 63, of Dilworth, MN, lost his five year battle with Alzheimer’s Disease, Friday, March 12, 2021, in Bethany on University, Fargo. Ingo Roland Schulz was born June 16, 1957, the son of Benno and Anita (Siemer) Schulz, in Gackle, ND. In 1968, he moved with family to Dilworth, MN, where he graduated from high school in 1975. After high school he joined the U.S. Air Guard, and also attended Moorhead State University where he received his degree in Industrial Engineering. Ingo then moved to Gary, IN, where he worked for U.S. Steel. In 1983, he returned to Dilworth and began working with his father at Schulz Heating and Air Conditioning. On September 8, 1984, Ingo was united in marriage to Debra Listul in Dilworth Lutheran Church. They made their home in Dilworth and he continued to work with his father until ill health forced his father to retire. Ingo continued to own and operated the business for a while and later worked for Advanced Heating and Cooling. In 1997, he began working for the Fargo Air National Guard as the real properties manager until his retirement in December of 2016. Master Sergeant Ingo R. Schulz proudly served for over 25 years in the Fargo Air National Guard in the 119th Civil Engineering Squadron in the heating and air conditioning field. During his years of service, he served during ND Floods, the ice storm of the Red River Valley in 1997, the tornado in Northwood, ND, in 2007, and served during Operation Provide Comfort following Hurricane Katrina. He was also mobilized in support of Operations Noble Eagle, Enduring Freedom, Southern Watch and New Dawn. During his deployments, he served in many roles ranging from labor helping other career fields to technician in his own career field to shop lead. His deployments took him to Italy, Israel, Germany, Ghana, Latvia, Norway and Saudi Arabia. He enjoyed bowling and was longtime league member at Sunset Lanes. He also enjoyed golfing and spending time with family and friends and especially loved spending time with grandchildren. He is survived by his wife, Deb; children, Renee (Franklin III) Charon, Moorhead, and Tyson Schulz, Dilworth; grandchildren, Franklin IV, Landon and Connor; and mother and father-in-law, Earl and Shirley Listul. He was preceded in death by his parents and grandparents. A Visitation for Ingo will be from 11:00 AM until 1:00 PM, Thursday, March 18, 2021, in Korsmo Funeral Chapel Moorhead, MN, followed by a Graveside Service with Military Honors at 2:00 PM, Thursday, March 18, 2021 in Fargo National Cemetery, Harwood, ND. A Celebration of Ingo’s Life will be Friday, June 11, 2021 at 11:00 am in Dilworth Lutheran Church, Dilworth. (Korsmo Funeral and Cremation Service, Moorhead, MN)

The family of Ingo R. Schulz created this Life Tributes page to make it easy to share your memories.

To join Ingo&#39;s family for his Life Celebration Service please...

Send flowers to the Schulz family.