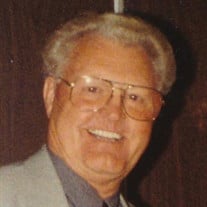 Our much beloved 90-year-old Uncle Harold, the last of all his siblings, has passed away on May 24, 2021, to join the love of his life, Dolores (Ziegler) his wife of over 39 years, in heaven. Harold grew up in Moorhead, MN, working various jobs to help support the family. He was a Korean War veteran. All his brothers served in the military, which they were very proud of. Harold was always very active outside of work with dancing, yodeling, singing in groups, among other hobbies. After Korea, Harold went to work again helping support the family and put himself through college at Moorhead State, earning a Bachelor of Science degree. He was a passionate and voracious reader and a lifelong believer in education, earning a master’s degree at University of Redlands and worked toward a Doctorate in education. He earned several certificates along with his teaching certificate. Harold taught at Riverside Elementary School in Moorhead, and in elementary schools in San Bernardino, CA for over 29 years before retiring with Dolores. Harold and Dolores traveled the world, taking over 28 cruises and many trips together. They loved being retired snowbirds where they could winter in California and summer in Minnesota near family and friends. They enjoyed entertaining at their lake house at 5th Crow Wing Lake and later at Prairie Lake. He loved checking in with friends and family via phone in his later years. He would exclaim many times how he was shocked about one thing, or another, or say “Whatever…” Harold and Dolores enjoyed the companionship of nine different pugs over their lifetime with MaiLing as his favorite, who he swears had human personality traits. They also had many nieces and nephews that they spent their time, energy, and love with. They will be missed by so many. Harold was preceded in death by his wife, Dolores; his parents, Olivia and Anton; and all of his siblings, Cora, Maryann, Andrew, Selmer, Florence, Bernice, Robert, Russell, and Stan. A Memorial Service will be held for Harold and his brother, Stanley, who passed away on November 18, 2020. The Memorial Service will be held on Tuesday, July 20, 2021, at 3 PM, in Korsmo Funeral Chapel, Moorhead, MN. A graveside service for Harold and his wife Dolores will take place Wednesday, July 21, 2021, at 3 PM, in the columbarium at Riverside Cemetery, Moorhead. Arrangements by to Korsmo Funeral and Cremation Service, Moorhead, MN.

Our much beloved 90-year-old Uncle Harold, the last of all his siblings, has passed away on May 24, 2021, to join the love of his life, Dolores (Ziegler) his wife of over 39 years, in heaven. Harold grew up in Moorhead, MN, working various jobs... View Obituary & Service Information

The family of Harold D. Hovdestad created this Life Tributes page to make it easy to share your memories.

Our much beloved 90-year-old Uncle Harold, the last of all his...

Send flowers to the Hovdestad family.