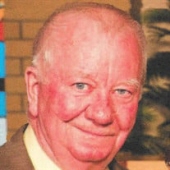 WEATHER DELAY: in anticipation of a winter storm, all services for Bill will be delayed 24 hours. This includes the visitation and prayer service, as well as his funeral. Time changes are reflected below.

William "Bill" Darrel Ziegler, 79, of Moorhead, MN, formerly of Georgetown, MN, was born October 19, 1940, in St. Ansgar's Hospital in Moorhead. He passed away Sunday, December 22, 2019 at his home, surrounded by his family.

William was the son of Carl and Veryle (Barclay) Ziegler. He was baptized November 24,1940, by Rev. Krenzke and confirmed on June 13, 1954, by Pastor Eyrich Hansen, both at Christ Lutheran Church, Georgetown. Bill attended country school near Georgetown and graduated from Northwest School of Agriculture in Crookston, MN, in 1958.

Bill started farming in 1962, and was also part owner of Ziegler Construction, both of Georgetown. In 1965, Bill and Marlis purchased the Stein Farm from the Prichard family. He served on the Georgetown Township Board and Elevator Board. He also served on the Buffalo Red Watershed Board and West Central Regional Development Commission. Bill was a lifelong member of Christ Lutheran Church in Georgetown where he was also Treasurer. In 1974, Moorhead Jaycees awarded him the Outstanding Young Farmer in Clay County. In 2017, Bill retired from farming.

Bill was preceded in death by his parents; siblings, Lloyd, Robert, Lorraine Finney, David, and Linda; and in-laws, Henry and Anna Fahrlander.

The family would like to say a thank you to Dr. Tinjum of Sanford, Dr. Gupta of RMCC, and Liz from Ethos Hospice.

His funeral will be Tuesday, December 31, 2019, at 11 AM, in Our Redeemer Lutheran Church, Moorhead.

Burial will be in Wild Rose Cemetery, Georgetown.

To order memorial trees or send flowers to the family in memory of William "Bill" Ziegler, please visit our flower store.