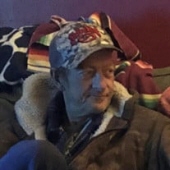 Walter C. Scott, 55, of Fargo, ND, formerly of Streator, IL, passed away on Monday, February 11, 2019, in Sanford Medical Center, Fargo, surrounded by his loved ones.

Walter Charles Scott was born, December 31, 1963, in Streator, IL, where he was raised and attended Streator Township High School. He lived for many years in North Carolina before moving to the Fargo/Moorhead area in 2011. Walter worked for Solid Comfort from the time he arrived in Fargo until his health forced him to retire in October of 2018. In the short time Walter has lived here he impacted many lives.

Walter was a man that any man or mother would admire. Everyone who ever met Walter liked him and he was loved by all his co-workers at Solid Comfort, his family and his friends. He never complained, even during his worst days and while going through cancer treatment. When he started his cancer treatment routine his biggest worry was whether he would make it home for Christmas. He did everything the doctors told him to be able to leave the hospital. Everyday after that was a blessing for him. He used to say, "I am going to run until the battery is dry, like the Energizer Bunny."

Memorials may be directed to Walter's family.

Walter's wish was to be cremated and a Celebration of his Life will be held at a later date.

To order memorial trees or send flowers to the family in memory of Walter C. Scott, please visit our flower store.