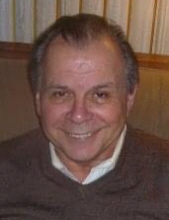 Born on February 4, 1940, in Duluth, MN, he graduated from Denfeld High School in 1958. After high school, he served six years in the Minnesota National Guard and then went on to earn his degree in Mathematics from the University of Minnesota, graduating in 1970.

Theodore worked most of his adult life as a salesman for various companies including Honeywell and MTS. He later became a substitute teacher, and finally retired in his seventies.

Music was an important part of his life. He grew up playing violin and viola, joining the Minneapolis Civic Orchestra and then went on to join the Minnetonka Symphony Orchestra where he played viola for many years. He liked to stay active playing tennis, golf, coaching softball, skiing, and scuba diving.

He loved to host a good party and always wanted to tell you a story, even if you had already heard it many times before.

He was preceded in death by his parents, Theodore and Helen Beaudoin; and son, Curtis.

In lieu of flowers, please make donations in Ted’s honor to Hospice of the Red River Valley at www.hrrv.org OR to the Alzheimer’s Association at www.alz.org.