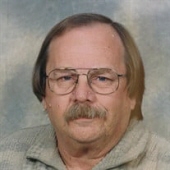 Terryl W. Peterson, 71, Fargo, ND, died Friday, February 21, 2020 at Essentia Health, Fargo.
Terryl William Peterson, known to many as "Mr. Excitement," was born April 8, 1948, in Fargo, to Harry C. and Orlean M. (Pearson) Peterson. He graduated from Loara High School in Anaheim, CA, in 1966. After school, he enlisted with the United States Navy and was stationed off the shores of Vietnam aboard the USS Camden. From 1967-1971 he proudly served his country. Following his honorable discharge, Terryl worked various jobs until he accepted a position with the North Dakota Department of Transportation. For the next 33 years, Terryl worked as a maintenance operator for the department. He retired in 2011.
In his spare time, Terry enjoyed attending car shows throughout the area. He also enjoyed watching old western movies, the occasional trip to the casino but, more importantly, spending time with family and friends.
Terry is survived by his siblings, which include two brothers; Bruce (Phyllis) Peterson of Fergus Falls, MN, and Bryan (Lynn) Peterson of Moorhead along with one sister, Candy Skager of Virginia, MN.
He was preceded in death by his parents.
A Celebration of Life will be held at a later date.

Events Details are pending.
To order memorial trees or send flowers to the family in memory of Terryl W. Peterson, please visit our flower store.