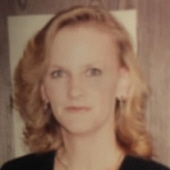 Sherry Kris Olson was born October 31, 1961, in Fargo, ND, the daughter of Walter and Joan (Lahlum) Olson. She lived with her family in Pelican Rapids, MN, and Barnesville, MN. Sherry later moved to Detroit Lakes, MN, where she graduated from high school.

On December 25, 1980, she was united in marriage to Gregorio Alonzo Jr. in Mission, TX. They made their home in Moorhead before settling in Glyndon, MN. Over the years, Sherry worked in various nursing homes as a cook and caregiver.

In 2006, she was united in marriage to Roy Grandbois in Sisseton, SD. They made their home in West Fargo, ND, and Roy passed away in 2016. For the last seven years, Sherry worked at Arbor Park Living Center in Moorhead.

Sherry enjoyed cooking, baking, dancing, walking and riding bike. One of her greatest joys was spending time with her grandchildren.

She was preceded in death by her mother; brothers, Walter and Randy Olson; and her grandmother.

To order memorial trees or send flowers to the family in memory of Sherry K. Grandbois, please visit our flower store.