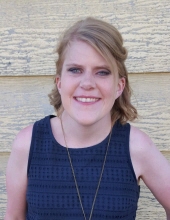 A beloved daughter, granddaughter, sister, aunt, niece, cousin, and friend, Shawna Jean Dahnke, left this world surrounded by her loved ones, at the age of 32, on July 5, 2022. She was born in Fargo, ND, on August 29, 1989, to Mike and Candy (Schaubert) Dahnke. Shawna grew up in Kragnes, MN, just north of Moorhead, MN, where she graduated from Moorhead Senior High School in 2007. Committed to her education, Shawna pursued her dream of nursing and achieved her RN BSN from North Dakota State University College of Nursing in the spring of 2011. She worked for Sanford Health as a Registered Nurse after University until the time of her passing.

Those that knew Shawna understood her quick wit, affection for cats, and most of all her love for her family, friends, and co-workers. Growing up, Shawna loved spending time at Pike Lake Resort with her family. She would spend hours swimming in the lake and enjoying the sun. Shawna was active in 4H and youth traveling bowling, which took her all over Minnesota and North Dakota. She frequently would cross the highway in Kragnes to play cribbage and watch soap operas at the Kragnes Bar with Pat Carlson.

As an adult, Shawna enjoyed country music and attending all different types of concerts. She loved puzzles and assembling Lego sets. Her grandmother, June, introduced Shawna to the world of antiquing and she continued to enjoy the thrill of finding something unique. She was excited to become an aunt and loved spending time with her growing pool of nieces and nephews. Shawna was a fan of Dr. Pepper and Mr. Pibb, and would call to make sure her favorite drink was stocked when staying with family. She was proud of her education and career achievements and remained a strong advocate for her patients.

When you met Shawna, you met God’s will. A beautiful soul meant to move mountains before she knew she could. She took immense pride in her career. Her empathetic nature and desire to make a difference was obvious to everyone. Even when hope was frail, she sought faith and believed somehow miracles could be achieved. Selflessly, Shawna never thought twice about providing the ultimate miracle of organ donation. She will be missed by many.

There will be a gathering of friends Tuesday, July 12, 2022, from 5 – 7 PM, with a time of remembrance and sharing of memories at 6:30 PM, in Korsmo Funeral Chapel, Moorhead.

To order memorial trees or send flowers to the family in memory of Shawna Dahnke, please visit our flower store.