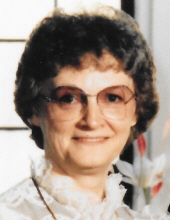 Rose was employed at the Moorhead Area Chamber of Commerce for six years before joining the Nilles Law Firm, Fargo, in the Accounting Dept. where she retired after thirty-four years.

Rose enjoyed bowling, golfing, sky diving, curling, playing cards, getting together with friends and most importantly, spending time with her stepchildren and grandchildren she got when she married Woody. They enjoyed the winters in Arizona and going on trips whenever they could.

She was preceded in death by her parents; stepson, Mark Gunstenson; brother, David Dittmer and his wife Edna; brother, Robert Dittmer; and brother-in-law, Robert Platt.

The service for Rose will be livestreamed and can be viewed on her obituary page on Korsmo Funeral Service website. Memories and condolences may be shared there as well.

To order memorial trees or send flowers to the family in memory of Rose Gunstenson, please visit our flower store.