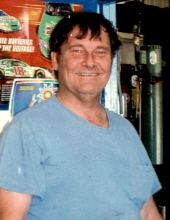 Rodney O. Matson, 63, of Moorhead, MN, passed away Thursday, October 13, 2022, in his home surrounded by his family, after a courageous battle with ALS, under the care of Hospice of the Red River Valley.

Rodney Ordean Matson was born February 18, 1959, the son of Ordean and Delores (Bullock) Matson, in Rochester, MN. He was raised in Moorhead where he attended school. Rodney then went on to work at Matson Oil along side his dad and mom. On August 29, 1981, he was united in marriage to Robin Messerschmidt and together they had two children, Kristin and Cory. He continued to work for Matson Oil for many years and resided in Moorhead.

Rodney enjoyed fishing, was an avid Dale Earnhardt, Sr. fan and had a great love for NASCAR, watching game shows and wrestling. One of his greatest joys was spending time with his children, grandchildren and great-grandchildren.

He was preceded in death by his parents and grandparents.

A Celebration of Rodney’s Life will be 2:00 PM, Saturday, October 29, 2022, in Korsmo Funeral and Cremation Service, Moorhead, with a Gathering of Family and Friends one hour prior to the Celebration.

To order memorial trees or send flowers to the family in memory of Rodney O. Matson, please visit our flower store.