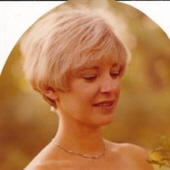 On Friday, January 14, 2022, Rhea A. (Westgaard) Gibbons passed away at the age of 79. As her children gather together, we feel blessed to know she was met at heaven's gate by her parents, siblings, and grandson.

Rhea was born in Velva, ND, July 20, 1942, the first of 5 children. She grew up in East Grand Forks, MN, where she met William "Bill" Gibbons. They were married March 16, 1961. They moved to Moorhead, MN, and had 3 children: Cari, Jodi and Bill Gibbons Jr. Rhea graduated from Moorhead State College with a Bachelor's degree in Elementary Education. Rhea was a very active member of the FM Sweet Adelines Chorus for 12 years. In 1976, her chorus won the national competition, and they were invited to Europe to compete internationally and sang for Queen Elizabeth II, at Royal Albert Hall, London, England, in 1977. She was such a cool Mom, she invited her teenage daughters to Europe with her, and we all took an extended trip!


Rhea was extremely musical. She could play piano, guitar, flute, piccolo and even some violin. After all the kids were in school, Rhea went back to university and graduated from NDSU with a Bachelors degree in Interior Design. She worked as an interior designer and made her 'mark' on Fargo as a commercial designer. She designed insurance companies, software companies, various wings of local medical facilities as well as many banks all across North Dakota.

She was so well known in the design world she didn't even need to use her last name; she was simply known as 'Rhea.' She enjoyed playing bridge with 'the girls' and she loved the ladies like sisters. Rhea and Bill were in a whist playing group for many years and acquired some amazing long-term friends. She loved being at the lake and floating around relaxing on a raft. She also enjoyed playing tennis and she was a gifted artist and spent time painting beautiful landscapes from all seasons. Rhea would open her home to anyone that needed a place; friends, siblings for as long as they needed.

A Celebration of Life will be held Sunday, July 24, 2022, from 1 - 4 PM, in MB Johnson Park, Moorhead.
To order memorial trees or send flowers to the family in memory of Rhea Gibbons, please visit our flower store.