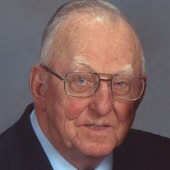 After a long, brave battle with cancer, Reuben A. Finger, age 87, died on Saturday, October 13, 2018, surrounded by his family.

Reuben was born July 31, 1931, in Owatonna Township, Steele County, MN, to Reinholt and Helen Finger. The Finger family moved to Kasson, MN, in 1941, where he graduated from high school in 1950. He served honorably as a mechanic in the US Army 114th Engineering Company for three years in the Korean conflict and was discharged as a Corporal.

Reuben married Mary Louise Cruz on March 2, 1957, in St. Joseph Catholic Church, Moorhead, MN. During their time in Moorhead, they had two daughters, Cindy and Loretta. Reuben graduated from Dakota Business College with a degree in accounting, and he remained as an instructor for several years.

In 1967, the family moved to Texas, where their third child, Greg, was born. During their time in Texas, Reuben worked as an accountant in the oil and gas industry. He had a long career at Marine Drilling Company, rising through the company and retiring as the company treasurer in 1993. After Reuben's retirement, Mary, Reuben and Greg moved to Kasson and renovated and rebuilt the Finger family farm. They enjoyed over 20 years together in Kasson. After Mary passed away in August 2015, Reuben and Greg moved to Vienna, VA, and lived with Loretta and David, and his two granddaughters, Gabby and Becky.

Reuben is survived by his three children; daughters, Cindy (John), Atlanta, GA, and Loretta (David), Vienna; and son, Greg, Vienna; and four grandchildren, Billy of Mountain View, CA, Kelli (Shawn), Atlanta, and Gabby and Becky, both of Vienna. Reuben was preceded in death his parents, 5 brothers, and 2 sisters.

Visitation will be Monday, October 22, 2018, 5 to 7 PM with a prayer service and rosary beginning at 6:30 PM, in Korsmo Funeral Chapel, Moorhead.

Burial will be in St. Joseph's Cemetery, Moorhead.

To order memorial trees or send flowers to the family in memory of Reuben Finger, please visit our flower store.