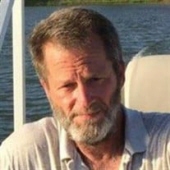 Randy Long, 61, Parshall, ND, formerly of Moorhead, died Monday, April 29, 2019 in his home. Randy Dean Long was born July 12, 1957 in Anoka, MN and later moved with his family to Moorhead. He attended Moorhead Public Schools, graduating in 1975. His passion was wrestling, and he was very competitive throughout his high school career.

He continued his education at North Dakota State School of Science in Wahpeton. He was employed by various companies through the years including US Foods and Safety Clean. He lived in Fargo and was once married to Cindy Bernstein. He also once lived in the Minneapolis-St. Paul area. He loved to play fastpitch softball and played in both Fargo-Moorhead and the Twin Cities.

In 2016, he moved to Parshall to reside at Pleasant Acres Ranch to pursue his life-long passion of hunting and fishing. He worked on the farm and ranch, as well as, the bed and breakfast.

Randy is survived by his father, Darris Long (Arlene); brothers, Ron (Lou) and Ryan, all of Apache Junction, AZ; and sister, Ronna (Calvin) of Parshall. He was preceded in death by his mother, Lila and his sister, ReNae Schutt.

Memorial Service: Wednesday, May 8, 2019 at 11:00am in The Lutheran Church of Christ the King, Moorhead.
Interment: Moorhead Memorial Gardens

To order memorial trees or send flowers to the family in memory of Randy D. Long, please visit our flower store.