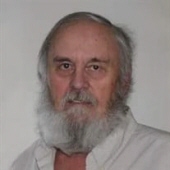 Paul Richard Heidebrink was born to Ekke Ralph and Joesphine (Reeff) Heidebrink on July 12, 1945 in Worthington, MN. Paul joined the US Navy Reserve on August 24, 1965 and went on active duty in November 1965. He finished his duty in August 1971.

Paul was a member of the Plainsmen Black Powder Club and the Red River Radio Amateurs. He loved to camp, fish, and watch birds of prey, especially eagles. He loved working in his woodworking shop. He and his wife, Mary, collected antique sewing machines which he kept clean and running. Paul enjoyed bluegrass, old time music, and watching movies about World War II.

No formal service will be held.

To order memorial trees or send flowers to the family in memory of Paul Richard Heidebrink, please visit our flower store.