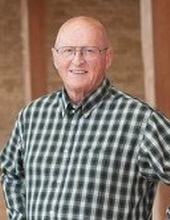 Both the Prayer Service and Celebration Service for Pastor Cal will be streamed from Northview channel. Please follow this link:
https://youtube.com/channel/UCu7fOOhCGws8OCP8o3Fur3g


Calvin “Cal” Dale Thompson was born on January 11, 1956, to Dale and Pauline (Latimer) Thompson. Cal grew up in Oshawa, Ontario. He was the oldest of 4 children, Sharon, Dwight, and Paul. He graduated from East Dale High School in 1974. He loved playing hockey through his high school years. It was also in this season that he really got serious about following Jesus and became the youth president at Trinity Pentecostal Church. He went on to study at Central Bible College in Springfield, MO, where he earned his bachelor’s and master’s degrees.

It was there at Central Bible College that he met the love of his life, Kelly Clifton. They married July 18, 1981, in Naperville, IL. Cal went on to accept his first pastoral position as an associate pastor at Wheaton Assembly of God in Wheaton, IL. They welcomed their first daughter, Tanya into the world in 1984. And soon after in 1986, they welcomed their second daughter, Brittany into their family.

In 1990, Cal and Kelly responded to an opportunity to come to First Assembly of God in Fargo, ND, and serve as the evangelism pastor. Soon after he transitioned into the role as youth pastor where he served for nearly 30 years. Over the course of those three decades, he touched countless lives with the gospel, and his ministry launched many others into similar callings of full-time ministry. His passionate love for Jesus didn’t stay within the four-walls of the church. He became known as a pastor to our city through his ministry in the schools, outreaches throughout the city, and serving in chaplaincy in the Fargo-Moorhead area.

In 1991, he began an outreach to the southside of Chicago, IL, ministering to the broken and hurting in the inner city. The annual trip grew into a consistent opportunity for young people to grow in their faith and calling to ministry. Chicago Outreach trip hosted over 3,700 participants over the 30 years and eventually developed into a non-profit he called Reach the Heart. Reach the Heart expanded the ministry to both rural and urban areas.

Cal extravagantly loved his family and modeled a love for Jesus in his home. His daughters will forever remember his life of consistent prayer, passionate love for Jesus both in the home and in the community. He was blessed with eight grandchildren, who adored him and affectionately called him “Papa C”. Around his grandchildren he always had a smile on his face. He has become known as Papa C throughout the state.

Cal is survived by his wife of 41 years, Kelly; his children, Tanya (Drew) Meyer and Brittany (Nathan) Aakre; grandchildren, Brice, Luci, Addison, Quinn, Charlotte, Marshall, Graham, and Judah; his mother, Pauline; and his siblings, Sharon and Dwight. He was preceded in death by his father, Dale; his brother, Paul; his father-in-law and mother-in-law, Richard and Joyce Kastel.

“Everything we do and say has the potential to have an impact that through the Holy Spirit will change a life forever.” - Cal Thompson

To order memorial trees or send flowers to the family in memory of Pastor Calvin "Cal" Thompson, please visit our flower store.