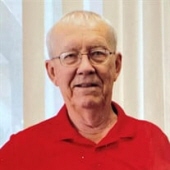 Orlan was raised on a farm in Montevideo, MN; he graduated from West Central School of Agriculture in Morris, MN in 1960. In 1961, he married JoAnn Bah of Evansville, MN. He began work with the Minnesota Department of Transportation in Morris in 1961. In 1962, he and JoAnn transferred to the Detroit Lakes office where he worked for 39 years. Orlan retired in 2000. After retiring, he worked part-time for a few years for MediVan during the summers and wintered in Mesa, AZ. Orlan was a member of First Lutheran Church in Detroit Lakes.

Orlan is survived by his wife JoAnn, son Allan (Marie) of Rogers, MN, son Kevin, of Redwood Falls, MN, daughter Julie, of Saint Michael, MN; seven grandchildren and several great-grandchildren; along with one brother, Keith (Marlys) of Milan, MN, and two sisters, Marie of Eagen, MN and Linda of Walnut Creek, CA.
He was preceded in death by his parents and one grandchild.

A Memorial Service for Orlan will be held on Friday, June 18, 2021, at 2pm in First Lutheran Church, Detroit Lakes. Orlan's service will be livestreamed at www.firstlutheranchurch.com

To order memorial trees or send flowers to the family in memory of Orlan Kvistero, please visit our flower store.