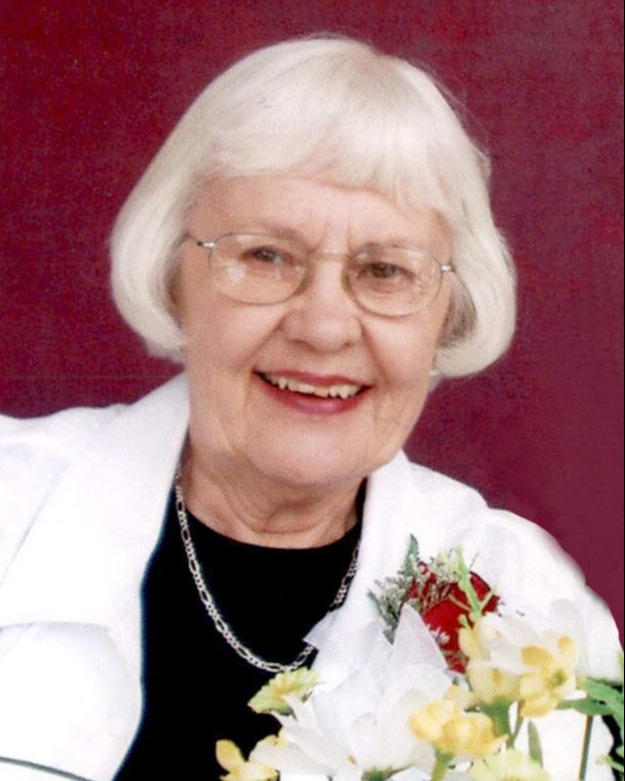 Naomi was born February 19, 1933, to Ruth (Lien) and Lars Larsen in Minot, North Dakota, and was baptized at Bethany Lutheran, Van Hook, North Dakota. She was raised in Stephen, MN.  Then her family moved to Moorhead, where she was confirmed in 1948 at Our Savior’s Lutheran Church. She went on to attend Concordia College, where she received her bachelor’s degree in English.

While at Concordia she met her husband, Donald Rice. In 1954, they were married at Our Savior’s Lutheran Church where her father was pastor. They lived in Elk River, MN, Madison, WI and in Duluth, MN, where she taught junior high English. In 1980, they moved to Moorhead where she worked for Lutheran Social Services in the Unaccompanied Minors program with young people from Vietnam. Over the years she led Bible studies, taught Sunday school, played organ and directed choirs.

Naomi was an avid reader. She read the Bible daily and had a card file with 400 books she had read, which she referred to often. She was passionate about her church, her Hannah Circle, grandchildren, great grandchildren, friends, music, especially the Concordia Choir and orchestra, and about our Democracy and public life, and her Bad Medicine Lake home.

She was preceded in death by her brother, Abel Larsen.

To order memorial trees or send flowers to the family in memory of Naomi L. Rice , please visit our flower store.