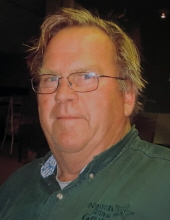 
Michael Obert Tweten, age 75, Glyndon, MN, died March 22, 2022, surrounded by his loving family and under the care of Sanford Hospice.

Micheal was born January 5, 1947, in Fargo, ND, to Weslie and Melba (Krabbenhoft) Tweten. As a young man he graduated from Glyndon High School in 1964. He furthered his education at Wahpeton State School of Science earning his degree in Agronomy. On July 2, 1966, Micheal was united in marriage to Rosemary Steffes. They made their home in Glyndon and welcomed four children, Stacey, Darin, Eric and Phillip. Rose passed away August 12, 2009.

Micheal enjoyed his garden, flowers and bird feeders. He loved hunting and fishing with his sons and grandchildren. Family time was the most important to Micheal. He always looked forward to his Canadian fishing trips with his buddies and “Bear Camp” with the boys and Danika. Summers were full of weekend camping, fishing, and all water sports. The memories rolled into the winter months where family activities were sledding, snowmobiling, hockey and ice skating on the river, visits from Santa and the bonfires were lit for seven days straight. If the kids were home, the bonfires were hot (s’mores, hotdogs, hot chocolate and Russian tea) on the Buffalo River. Once inside the house the games continued! Card games, pool, heated family fun and puzzles. Family!!

He was preceded in death by his wife Rose and father, Weslie.

Visitation for Michael will be Saturday, March 26, 2022, starting at 6 PM, followed by a Memorial Service at 7:30 PM in Korsmo Funeral Chapel, Moorhead, MN. Interment will be held at a later date.

To order memorial trees or send flowers to the family in memory of Micheal O. Tweten, please visit our flower store.