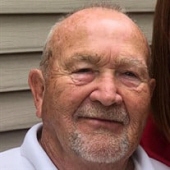 A recording of Michael's funeral may be viewed at this link:
https://portal.midweststreams.com/services/iframe/16540

Michael Ward Sheldon, 78, of Detroit Lakes, MN, passed away on Tuesday, January 12, 2021, at Banner University Medical Center, Tucson, AZ.
Michael "Mike" Ward Sheldon was born on November 17, 1942, in Fargo, ND, to Ward and Frances (Schur) Sheldon. He grew up on the family farm in Wheatland, ND, where his family raised grain and sheep. He was involved in 4-H showing steers. His school years were attended at Wheatland, graduating high school in 1960. He was a football player in high school and an avid athlete. He married Lana (Svare) Shuhart in 1963 and they had two children, Layne and Stephanie. He was a member of the Army National Guard and was awarded an honorable discharge. He received his Elementary Education degree in 1967 from Valley City State University. Mike played football for Valley City State while in college. He was named All-Conference as a fullback in 1963, helping the Vikings achieve a conference championship. Mike's 1963 team was inducted into the Viking Hall of Fame in 2008.

He married Carole Kroeger in 1974 and they had two children, Jon and Nanci. They made their home together in Detroit Lakes,/Frazee, MN for many years while raising their children. They enjoyed working in their yards and on their homes together.

Mike's working career consisted of teaching in Valley City, Cokato, MN, and finished out his teaching career in Detroit Lakes. He taught the upper elementary grades and PE. He was the Detroit Lakes High School swim coach. He oversaw summer swimming lessons and public beaches. He was a referee for 40 years. After retiring in 2000, Mike and Carole spent their summers in Detroit Lakes and winters in Parker Dam, CA.
Mike was an avid golfer and played as often as he could. He enjoyed being with his family and his friends on the course. He loved telling the story of his hole in one! He played golf weekly up to the day of being hospitalized.

He was a kindhearted family man who loved gathering with his children, grandchildren, and extended family to reminisce about the past. He always made sure his family knew how very proud he was of them. He was always smiling and having fun. He loved to play jokes on people. His smile and laughter will remain in his family's and friends' hearts forever.
Michael is survived by the family he loved deeply, his wife of 46 years Carole (Kroeger) Sheldon; sister, Kathy (Deen) Boe; daughters, Layne Shock, Stephanie (Alan) Fogarty; son, Jon (Suzanne) Sheldon, and daughter, Nanci (Ross) Qualey; his 9 grandchildren, Anna Fogarty, Michael Fogarty, Alice Shock, Jeron Sheldon, Carlie Sheldon, Jackie Shock, Liam Qualey, Justin Sheldon, Graham Qualey; aunt, Muriel (Schur) Rieniets; niece, Sara (Jeff) Nail; nephew, Randy (Jen) Boe; nephew, Bill Gropp; and numerous cousins.

Mike was preceded in death by his grandparents, parents, aunts, uncles, and cousins.

Mike's family wishes to express their appreciation for your kindness and support during this difficult time.

To order memorial trees or send flowers to the family in memory of Michael W. Sheldon, please visit our flower store.