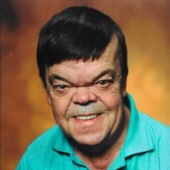 Michael Paul Bourque was born May 31, 1951, in Crookston, MN, to William and Eunice (Boucher) Bourque. He was raised in the Oklee, MN, area and graduated from Oklee High School in 1969.

"Piker" as he was known to his friends, received a degree in accounting from Moorhead State University, Moorhead, MN, in 1973. He worked as a bookkeeper for a number of businesses in the Moorhead area over the years.

Michael loved fishing and sports of all kinds. The Minnesota Twins and Minnesota Vikings were two of his favorites. He was active in his church and the Knights of Columbus. He also enjoyed his time with family and attended all of their events he could.

He was preceded in death by his parents; and two sisters, Judith and Lucy.

Visitation for Piker will begin at 10 AM, followed by a Memorial Mass at 11 AM, Saturday, August 3, 2019, in St. Joseph Catholic Church, Moorhead.

Burial will be in St. Francis Xavier Cemetery, Oklee.

To order memorial trees or send flowers to the family in memory of Michael "Piker" Bourque, please visit our flower store.