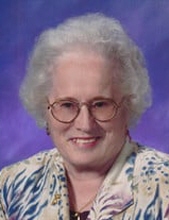 Maxine Marie Schmidt, 92, of Dilworth, MN, died on Tuesday, February 22, 2022, in Lilac Homes, Dilworth.
Maxine Marie Motschenbacher was born on June 1, 1929, to Walter and Viola (McCready) Motschenbacher, in Moorhead, MN. She grew up near Sabin, MN, where her father farmed. On May 16, 1950, she was married to Edwin A. Schmidt, in Sabin. Together they made their home in Sabin, where they lived for many years and were blessed with a daughter, Shirley.

In 1967, the family moved to Auburn, WA, where Maxine worked for Hill Stamping. In 1988, Maxine retired from Hill Stamping. After Edwin retired in 1992, they continued to live in Auburn for several years. Together they spent five years living in an RV, traveling the country, enjoying their retirement together. They also enjoyed many trips to Branson, MO. In 1997, the two moved to Moorhead, where Maxine lived until August of 2021, when she moved to Lilac Homes in Dilworth.

Maxine enjoyed many crafting activities such as needlepoint, sewing and quilting. She was an avid reader. Maxine was also very involved at Parkview Terrace when they lived there. She organized weekly lunches, was a founder of the coffee club, and even acted as the resident manager.

The memorial service for Maxine will be on Friday, March 4, 2022, at 2 PM in Korsmo Funeral Chapel, Moorhead, with a visitation one hour prior. Interment will be in The Lutheran Church of the Good Shepherd Columbarium, Moorhead. Maxine’s memorial service will be lived streamed. The Live stream can be viewed at the following link:https://portal.memoryshare.com/memoryshare/videoplayer/maxine-schmidt-8121326

Arrangements by Korsmo Funeral and Cremation Service, Moorhead, MN.
To order memorial trees or send flowers to the family in memory of Maxine M. Schmidt, please visit our flower store.