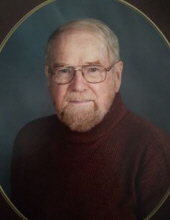 Lester attended Golden Ridge School in Fargo ND, and Lincoln Junior and Senior High in Moorhead, where he graduated 1946. Lester graduated from Moorhead State Teachers College the fall of 1950.

He was preceded in death by his wife of 50 years, Joan; his parents; four brothers; son, Daniel; and grandson, Timothy.

He is survived by his daughter, Rebecca; granddaughter, Jessica; grandson, Jason; and great-grandchildren, Adalyn Boyce, and Harper and Emery Robinson; and many other nieces and nephews.

No services are planned at this time.

To order memorial trees or send flowers to the family in memory of Lester D.A. Nelson , please visit our flower store.