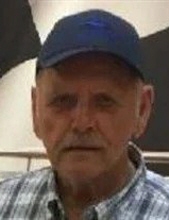 Lawrence Emil Hestera was born August 8, 1943, the son of Emil and Caroline (Theede) Hestera, in Breckenridge, MN. He was raised on a farm near Doran, MN, and attended high school in Breckenridge. He then worked on the family farm before beginning his career as a truck driver.

On September 21, 1968, he was united in marriage to Emily Hermel in Bethlehem Lutheran Church, Fargo, ND. They established their home in Fargo before settling in Dilworth. Emily passed away, July 14, 2009. Larry continued his career as a truck driver and has worked for Johnsrud Transportation, Des Moines, IA, for the last sixteen years, until ill heath forced him to retire in October of 2021. On December 28, 2016, he married Gwendolyn Krogen in Dilworth Lutheran Church, Dilworth. They have continued to make their home in Dilworth.

Larry enjoyed camping and camped in many spots over the years. He also liked fishing and racing.

He was preceded in death by his parents; wife, Emily; and brother, Donald.

To order memorial trees or send flowers to the family in memory of Lawrence "Larry" E. Hestera, please visit our flower store.