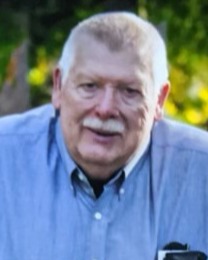 Kay Carleton Mohr was the youngest of three children. He was born at home on April 20, 1938, to Walter “Pete” and Eunice (Wiese) Mohr, in Hartley, IA. In 1947, when Kay was nine, the family moved to Valley City, ND, where Kay graduated from high school in 1956. He attended Valley City State Teacher’s College and met Marlene Haugland of McHenry, ND, his sophomore year. They married in May of 1959 after Marlene got her teaching degree. Kay obtained his degree the following year.

Kay’s career teaching business subjects spanned 40 years, first in Milner, ND, for six years where he was also a high school principal, and then one year each in Starkweather, ND and Carrington, ND. After his daughters, Barbara and Robin were born, the family moved to Brooten, MN, in 1968, where they both got teaching jobs. They made their home at 421 Prairie Avenue. Sadly, Kay lost Marlene to breast cancer in 1983. This was a very hard loss for him.

In 2001, Kay retired from teaching. He then had a school bus route for several years, until Brenda suffered a stroke in 2011, and they then moved to Moorhead, MN. Kay endured Parkinson’s disease in more recent years.

Kay kept score for countless home football and boys and girls basketball games for the Brooten Bucs and later the BBE Jaguars. He was an advisor for the tenth grade class for years, and he started the tennis program at BBE school. He was the mayor of Brooten for many years, a member of the Brooten Presbyterian Church, active in Lions Club, and an avid Minnesota Twin’s baseball, Timberwolves, and Vikings fan. He enjoyed motor home camping all over the United States and Canada with his family. Kay also loved history. He spent many hours in his basement workshop, building model airplanes and an intricate model of the USS Constitution Navy Frigate. Kay also loved history. Kay had a keen interest in airplanes and took flying lessons. He attended the Oshkosh Air Show several times, and more recently enjoyed watching planes take off and land at the Fargo airport, with Brenda, from the comfort of their van.

To order memorial trees or send flowers to the family in memory of Kay C. Mohr, please visit our flower store.