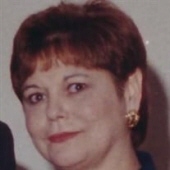 Julie Ann Kippen, age 65, of Moorhead, MN, died Thursday, August 5, 2021, under the care of Sanford Home Hospice. A gathering of friends for Julie will be held on Thursday, August 12, 2021, from 5 PM until 7 PM, in Korsmo Funeral Chapel, Moorhead.

Julie Cordova was born in Casper, WY, on January 31, 1956. As a young girl, she had heart surgery at Mayo Clinic in Rochester, MN. She grew up and received her education in Moorhead.

On December 6, 1991, Julie was united in marriage to Tom Kippen. They made their home in Moorhead. Julie worked at the American Legion Club for many years, and in Loopy's Dollar Store, both Moorhead, before retiring.

Julie enjoyed playing bingo, especially with friends at Big Top Bingo in Fargo. She also enjoyed listening to 60's era music and being a wife and mother.

She is survived by her husband, Tom, of Moorhead; and a son, Christopher, also Moorhead. She was preceded in death by a son, Lon Dayle Asplin, who died in 2002.

The family wishes to express their deepest thanks and appreciation to the nurses and doctors who cared for Julie, both in Sanford Health and with Sanford Home Hospice.

Arrangements by Korsmo Funeral and Cremation Service, Moorhead. An online guest book can be found at www.korsmofuneralservice.com, where you may leave condolences and memories.

To order memorial trees or send flowers to the family in memory of Julie Ann Kippen, please visit our flower store.