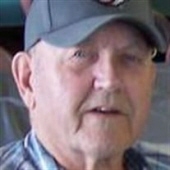 John R. Dahl, 92, of Moorhead, MN, went home to his Lord and Savior, Tuesday, August 27, 2019, at his home in Moorhead.
John Rudolph Dahl was born April 5, 1927, to Job and Ragna (Nelson) Dahl in Fargo, ND. He enjoyed a childhood on the family farm in Shelly, MN, until his father died of pneumonia in 1937. He then moved with his mother and brother, Ernie, to the Nelson family farm in Felton, MN.
After graduating from Moorhead High School in 1945, John was drafted into the Army. He was assigned to the Signal Corps and studied radio repair. After the war, he continued his studies at Dunwoody Institute in Minneapolis, MN. John worked on the Nelson farm and later at Skelly Oil in Moorhead before going to work for the State of Minnesota Department of Transportation in 1963.
On June 4, 1955, John married Eva Pashner at North Buffalo Lutheran Church in Kragnes, MN. They settled in Moorhead where they raised their children, Daniel, Kathy and Corrine. John lived in the family home until he moved to River Pointe of Moorhead in 2017.
John had many interests and hobbies. During the 1970s, he was active in the Moorhead Fargo Astronomical Society, based out of Moorhead State College. He built, designed and tested three Newtonian reflector telescopes capable of deep sky observation. His children and those in the neighborhood were blessed with many late-night astronomical observations!
Later, he pursued the hobby of remote-control airplanes. Many hours were spent in his basement or with a group of men in a shop in downtown Moorhead building aerodynamically correct model airplanes. Unfortunately, he never mastered the art of piloting and trips to the airfield usually involved crashes leading to extensive repairs.
John enjoyed camping, sailing, traveling, gardening, mowing the lawn, tinkering, walking, YouTube, Google Earth and good conversation. He could repair just about anything. He loved to learn and had recently developed an interest in poetry, song lyrics, and world class violinists and violins. He took special interest in restoring the violin his uncle Rudy built by hand 60+ years ago.
Most importantly, John was a wonderful husband, father, grandfather, friend, neighbor and servant of God. He was devoted to Eva throughout their marriage and her years of failing health. His children relied on his wisdom and his grandchildren loved him so much! John was a man of deep faith and active in his church, first at North Buffalo ringing the church bell and singing in the choir, and then in many activities at Triumph, his cherished church home for the last 50+ years.
John is survived by his son, Daniel (Un Sook) Dahl, Imperial, MO; daughters, Kathy (James) Isaacson, Moorhead, and Corrine (Richard) Dreisbach, Lehighton, PA; grandchildren, Elly and Casey Isaacson, Moorhead. He was preceded in death by his wife Eva (2011); his parents, Job and Ragna; and brother, Ernie.
We are especially thankful for John's caregivers at River Pointe of Moorhead and Hospice of the Red River Valley.
Visitation will be Friday, August 30, 2019, from 5:00 - 7:00 PM, with a prayer service at 7:00 PM in Korsmo Funeral Chapel, Moorhead.
The Funeral service will be Saturday, August 31, 2019, at 11:00 AM, in Triumph Lutheran Brethren Church, 2901 20th St. S., Moorhead. Burial will be at North Buffalo Lutheran Cemetery, Kragnes.

To order memorial trees or send flowers to the family in memory of John R. Dahl, please visit our flower store.