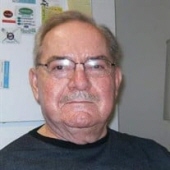 James "Jim" Lee DeVries, 75, died of natural causes August 15, 2019, in Moorhead, MN. Cremation has taken place. A celebration of life will be held at the Havre (MT) Elks Club, September 7, 2019, at 3:00 pm. This will be a pot-luck with a taco bar available.
Jim was born May 30, 1944, in San Francisco, CA. In 1946, Jim and his mother, Marian Dittmer, moved back to Leonard, ND. Marian was introduced to William DeVries and they were married two weeks later. William DeVries became a devoted father to Jim and often said he loved him the first time he saw him. The family lived on the family ranch near Leonard until 1947, when they sold out and bought a farm close to Gardner, ND. In 1953, the family moved again to a farm near Waubun, MN, where Jim attended school until his senior year. Jim spent his final year of high school in Leonard, ND, living with and helping his widowed grandmother.
Jim was a talented trumpet player in high school twice receiving the John Philip Sousa award signifying the most accomplished member in the band. Jim was the captain and quarterback on the Leonard High School football team. Following graduation, Jim attended the University of North Dakota at Grand Forks. Later he attended Dakota Business College in Fargo, ND.
Jim married Helen Lako January 30, 1965. Of that union three children were born. Jim and Helen later divorced but remained good friends. After college Jim went to work for Morrison Knutson Construction Company as a communications specialist, a job which eventually brought him to Montana. He came to Havre as an assistant administrator at Northern Montana Hospital and then bought the Corner Bar in 1977.
Jim was a great friend to many. He was a terrific organizer and planned many fun adventures. He was one of the people instrumental in bringing the Jaycees' fireworks display to Havre. Jim was a past president of the Montana Tavern Association and was very active in our local organization. He was a former chairman of the board of trustees of the Havre Elks Club. He sponsored many softball, basketball and bowling teams. He greatly enjoyed fishing and socializing with friends and spending time with his children every summer.
Jim is survived by his children, Michelle, Sandi (Matt), and James Jr., all of Havre; granddaughters, Samantha (Mike) of Helena, MT, Shayna (Joshua) of Lolo, MT; and great-grandson, Jaxson of Lolo; brothers Roger (Anna) of Battle Mountain, NV, Russell (Corinne) of Havre, John (Julie) of Horace, ND; sister, Joanne (John) of St. Louis, MO; and numerous nieces and nephews. Jim was preceded in death by his parents, William and Marian DeVries.
The family suggests memorials be made to the Havre Jaycee Fireworks Fund.
A celebration of life will be planned next summer in Pelican Rapids, MN, for his numerous friends he made while living there. A special thanks to the nurses and staff at Red River Valley Hospice for taking care of our dad.
Arrangements by Korsmo Funeral Service, Moorhead.

To order memorial trees or send flowers to the family in memory of James L. Devries, please visit our flower store.