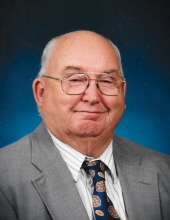 Harold Gordon Kringler was born June 8, 1935, in Buffalo, ND, to Gordon and Violet (Smith) Kringler. He, his parents, and four siblings lived in Buffalo until 1947, when the family moved to Moorhead, MN.

Following graduation from Moorhead High School, Harold married Carol Sletten on June 25, 1953, in Moorhead. They made their home in Fargo, ND, until 1963, when they moved back to Moorhead where they raised their three children, Gordon, Orliss and Aaron.

Shortly after moving to Moorhead, Harold began his career as an over-the-road truck driver, a profession he thoroughly enjoyed. During the course of his career, he was an owner-operator, a Red Owl employee, and a contract negotiator for Fargo Teamsters Local 116.

In 2000, he and Carol retired from their jobs, bought a motor home, and explored the U.S. during the winter months. They spent many winters in Sinton, TX. Harold especially liked walking along the shore with his dog, and watching the ships on the ocean.

During the summer months, the motor home resided at Rush Lake Tent N’ Trailer Park, near Ottertail, MN. Harold enjoyed visiting with his fellow campers and taking his boat on tours of the lake just in case a fish wanted to jump in.

Harold died Saturday, April 23, 2022, in The Meadows on University, Fargo, at eighty-six years of age.

To greet him in the next life are his parents, Gordon and Violet; son, Gordon; daughter, Orliss; siblings, Howard, Dwight, and Mary; sister-in-law, Yvonne; niece, Jennifer; and grandnephew, Cody.

Burial will be in Riverside Cemetery, Moorhead.

To order memorial trees or send flowers to the family in memory of Harold G. Kringler, please visit our flower store.