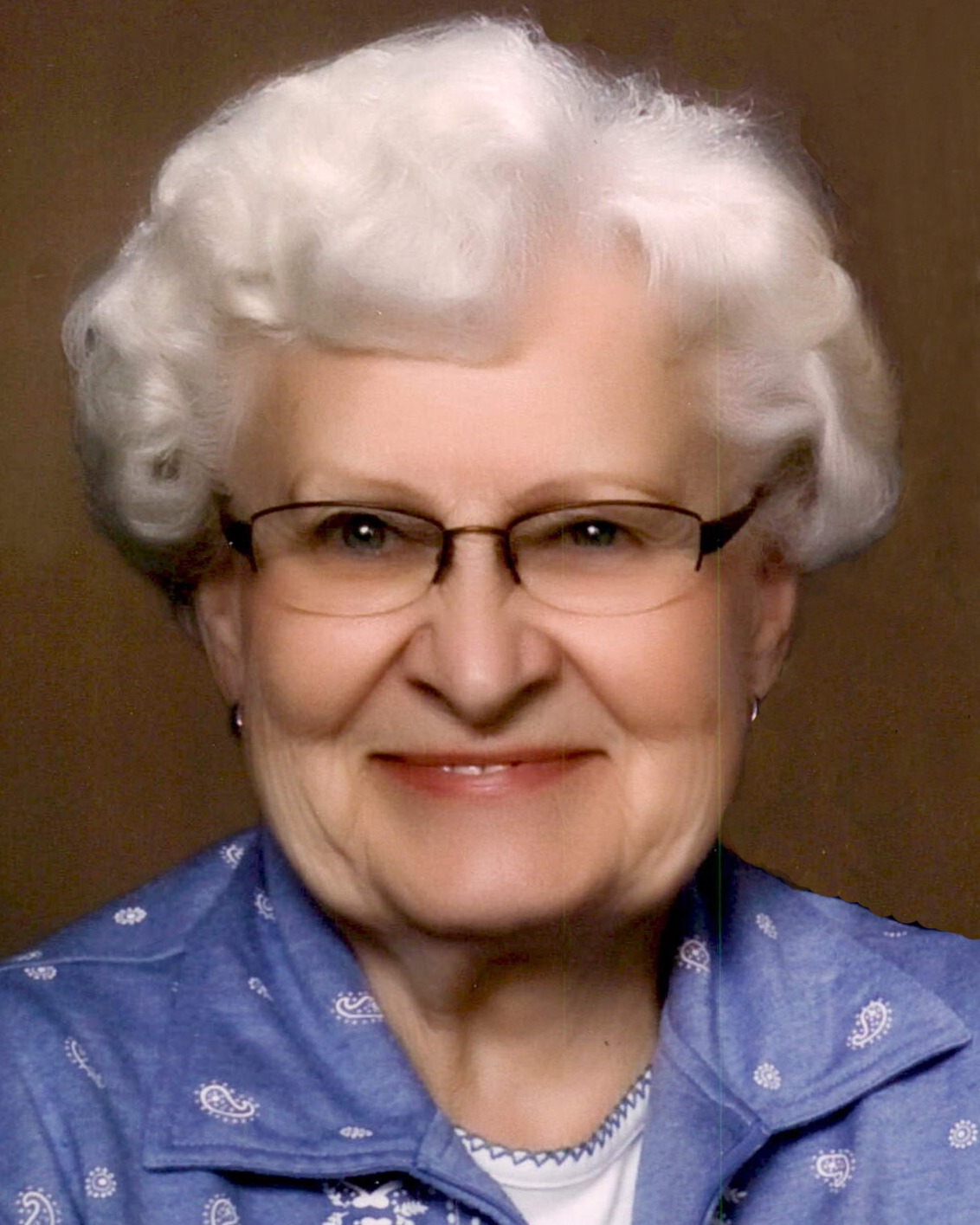 Janeene Miller, 89, of Moorhead, MN, passed away peacefully on November 2, 2022, surrounded by family at River Pointe Senior Living after a courageous battle with dementia for several years.

Janeene was born to Grace and Matthew Kripps in Minneapolis, MN, on December 19, 1932.  She had two older brothers, Joe and Francis.  She attended elementary and middle school in Minneapolis, but completed her high school at Mount St. Benedict in Crookston, MN.  It was during a visit to Perley, MN, with a classmate, Mary Agnes Arends, that she was introduced to Adolph Miller.  Janeene attended a Nursing College in Minneapolis after high school graduation, but that handsome farm boy soon convinced this “city girl” to become a “farm wife” and they were married April 19, 1952.

Soon after their marriage, they moved to a farm site south of Borup, MN, where they lived and farmed until they retired from farming in 1994.  They were blessed with seven children, four boys and three girls.  Even though Janeene enjoyed the rural farm life while they were raising their family, she missed the perks city life had to offer.  In 1997, Janeene convinced Adolph to leave the farm and move to Moorhead where they spent their retirement years.

Janeene had a love for music and most Sunday mornings were spent playing the church organ for mass at St. Lawrence in Felton, MN, and later St. Joseph in Ada, MN.  It is not certain if she truly enjoyed playing the organ all those years or if it was because she had an hour of peace while Adolph was in charge of all the kids during mass.

After moving to Moorhead, Janeene was active in Christian Mothers at St. Joseph in Moorhead.  She would volunteer to help with Bingo at the various nursing homes in the area and played the piano during the Catholic services at Eventide each week.

Family was always a priority for Janeene.  She enjoyed family gatherings and was the “go to” person in the family if something was happening or if anyone needed information regarding family.  Adolph and Janeene purchased a lake home on Turtle Lake near Lake Park, MN, in 2002, as a gathering place during the summer for family.  It was at Turtle Lake where Janeene came to appreciate birds and especially hummingbirds.  Janeene’s specialty at bake sales and at Christmas time was a sweet bread she called a “Tea Ring.”  She probably made hundreds of this delicacy and gave them to family and friends to enjoy.

After Adolph’s death in 2016, Janeene cherished family visits even more and looked forward to the weekly supper dates with family at various restaurants in the Fargo-Moorhead area.  She would always order enough so there would be left-overs the next day(s).