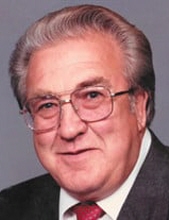 The Celebration Service for Gordon will be livestreamed directly from the Church Facebook page. Please follow this link on Monday.
https://www.facebook.com/oursaviorsmoorhead

Gordon was born in Eureka, SD, April 30, 1933, to Samuel and Ida (Brandner) Walker. He lived in the Long Lake area, before moving to Ashley, ND, where he grew up and attended school. As a young man, he began work at Salzer in Ashley.

He met Adeline Jane Volness through acquaintances. Janie and Gordon married November 6, 1954, in Perley, MN. After their marriage, they lived in Ashley for a short period of time. In December of 1955, they moved into their new home in Moorhead, MN. Together they had three children, Stanley, Patricia, and Dale.

Gordy, a man of many talents, worked for multiple businesses. He worked for Hollands Excavating, City of Moorhead, FM Asphalt, and Concord Manufacturing. In the late 1980s, he began his own business, a curbing company called Curbwalker.

He and Jane also had hobbies in outdoor activities. He reshaped rifle stocks and sold them through Scheels. He and Jane sewed rod and reel cases. For multiple years, he supported his wife in her scrubbie business.

Gordon loved hunting and fishing. He wasn’t afraid to tackle any project. When they moved to Outlet Beach Road on Lake Lida, Gordon mowed the lawn and blew the snow for the association.

He was preceded in death by his parents, Samuel and Ida Walker; siblings, Elroy Walker, and Arvedella Riley, an infant brother, Theophil; and a grandson, Steven Walker.

To order memorial trees or send flowers to the family in memory of Gordon Walker, please visit our flower store.