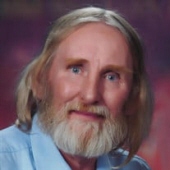 Gordon was born on February 11, 1954, in Fargo. He moved to Moorhead, MN, in 1963. After graduation from Moorhead High School, he enlisted in the Army. After his honorable discharge, he began his over-the-road trucking career under the tutelage of his uncle, Howard Kringler.
On December 4, 1976, Gordon married Valerie Schmidt. To this union, two children were born, Jessica (Jeff) Reule and Nigel. Gordon loved his trucking career, but loved his family more. In 1991, he told Valerie, "I want to see my children grow up day by day instead of hearing about it over the telephone." Valerie started her career at Sanford Hospital and Gordon became a stay-at-home Dad. His children and their friends enjoyed playing with him in the backyard. They told him he had the best homemade chocolate chip cookie snacks.

Following his children's high school graduation, Gordon resumed his trucking career, but only on short trips so he would not be away from home too long. When the DOT told him that having an oxygen tank in the passenger seat was unacceptable, he retired from trucking and started his career of accomplishing "to do" lists for Valerie.

He will be greatly missed by his wife, Valerie; their two children, Jessica (Jeff) Reule, and Nigel Kringler; grandchildren, Gavin, Zoe, Levi, and Valen. He is also survived by his parents, Harold and Carol Kringler; one brother, Aaron Kringler; his in-laws, aunts, uncles, nieces, nephews, cousins and friends.

To greet him in the next life are his grandparents, Gordon and Violet Kringler, and Oscar and Helen Sletten; his sister, Orliss Kringler; along with uncles, Howard Kringler and Dwight Kringler; aunt, Yvonne Kringler; and his cousin, Jennifer Kringler.
"Bon Voyage," Gordon.

Visitation for Gordon will be held Sunday, November 29, 2020, in Korsmo Funeral Chapel, Moorhead from 4PM-8PM with a 7PM Prayer Service. A Private Mass of Christian Burial will be held Monday, November 30, 2020, at 11AM in St. Francis de Sales Catholic Church, Moorhead. Due to Covid-19 restrictions, a maximum limit of 50 will be allowed for each the visitation and funeral mass. Gordon's services will be livestreamed here on his obituary page.

To order memorial trees or send flowers to the family in memory of Gordon H. Kringler, please visit our flower store.