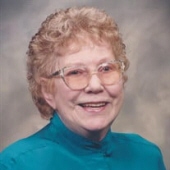 To watch the service for Gloria, please follow this link:
https://portal.memoryshare.com/memoryshare/videoplayer/gloria-gilbertson-8121007

Gloria J. Gilbertson, 87, of Moorhead, MN, passed away peacefully January 20, 2022, at Sanford on Broadway, Fargo under the care of hospice.

Gloria Joan Nado was born, August 29, 1934, in Webster, SD, the daughter of George and Mamie (Erickson) Nado. She was raised in Waubay, SD, where she attended and graduated from high school in 1952.

On December 13, 1954, she was united in marriage to Charles Gilbertson in Huron, SD. They began their life together in South Dakota, then moved to Detroit Lakes, MN. In 1964, the family moved to Moorhead where they settled and raised their four sons. When her boys started high school, Gloria worked at several jobs, including General Nutrition Corporation.

In 1981, Charlie and Gloria built a lake home on Lake McDonald, where they enjoyed many memories with family and friends. Gloria had a penchant for games of all types from going to the casino, to playing dice with friends, to gameshows such as Wheel of Fortune, Jeopardy, and Price Is Right. She was known for her amazing meals in large quantities, making sure no one went hungry. She is remembered for her generosity, her laughter, and enjoyed sharing a beer. Her greatest treasure was her family.

In lieu of flowers, the family requests donations to the local Alzheimer's Association (www.alz.org/mnnd) or your favorite charity.

A Visitation for Gloria will be Saturday, January 29, 2022, beginning at 10:00 AM, followed by her Funeral Service at 11:00 AM, in Korsmo Funeral Chapel, Moorhead. Burial will follow in Riverside Cemetery, Moorhead.

To order memorial trees or send flowers to the family in memory of Gloria J. Gilbertson, please visit our flower store.