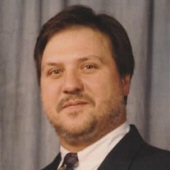 Glenn P. Mills, 67, of Moorhead, MN, passed away Tuesday, June 4, 2019, in Eventide on Eighth, Moorhead.
Glenn Paul Mills was born on April 18, 1952, in Moorhead, to parents Albert and Bernice (Opgrand) Mills. He was raised in Moorhead along with eight other siblings. In 1970 he graduated from Moorhead High School and continued to live in Moorhead or in the surrounding area.
After high school, Glenn took a position at Silverline, where he worked for several years alongside his sister, Brenda. He worked a couple of other odd jobs before starting at Case IH where he worked for over 25 years. His years at Case were just one example of his dedication and how hard he worked.
Glenn enjoyed the outdoors and spent many of his days enjoying the summer weather. Among his favorite activities were fishing and just enjoying the lakes. Family was also an important part of Glenn's life and he always treasured the time spent with them.
Glenn was preceded in death by his parents, Albert and Bernice; and siblings Lois, Jerome, Audrey, Shelda, Janet, and Arvid. He is survived by his children, Jennifer (Dan) Jenny, Amanda (Chris Schnieder ) Caillier, , and Adam Caillier; six grandchildren; and sisters, Brenda and Karen.
A visitation for Glenn will be held one hour prior to the service. Glenn's Memorial Service will be Tuesday, June 11, 2019, at 2 pm, in Korsmo Funeral Chapel, Moorhead.

To order memorial trees or send flowers to the family in memory of Glenn P. Mills, please visit our flower store.