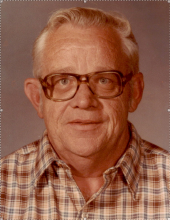 Frank Joseph Zebley Jr., was born November 18, 1934, in Moorhead, MN, the son of Frank J. and Margaret (Mountford) Zebley Sr. He was raised in Moorhead where he attended school. As a young man, Frank began working, he worked as a bell hop at the Powers Motel, delivered telegrams on a bicycle for the Telegram Office, and at Shotwell Floral. He was also a member of her Minnesota National Guard for six years.

On April 10, 1959, he was united in marriage to Jeannine Anderson in Trinity Lutheran Church in Moorhead. They lived in Moorhead where Frank worked as a driver for Northern Transit for many years until going to work at Moorhead High School as a custodian in 1968. In 1969, the family moved to Sabin and Frank continued to work for the high school until retiring in 1999. Over the years, Frank and Jeannine were the ticket sellers and gatekeeper for many Moorhead athletic events. After retirement, he continued to work for the Moorhead School District driving van for special needs children. Frank and Jeannine moved to Dilworth in October of 2015.

Frank was a member of Trinity Lutheran Church in Moorhead.

He was preceded in death by his parents; son, Randy Zebley; grandson, Jesse Zebley; and sister, Helen Motschenbacher.

The Celebration for Frank’s Life will be 2:00 PM, Friday, September 16, 2022, in Korsmo Funeral and Cremation Service, Moorhead, with a Gathering of Family and Friends one hour prior to his Celebration.

To order memorial trees or send flowers to the family in memory of Frank Zebley Jr., please visit our flower store.