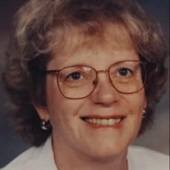 Elizabeth was born on January 4, 1944, the third of the thirteen children of her parents, Ralph William Slone and Dorothy Schulte Slone. She spent the first six years in McGrath, AK, before the family moved to Homer, AK, where she lived with the family until 1959, when her father and eleven-year-old brother, Edgar, drowned while fishing. The family moved to North Dakota where her mother had grown up. Her mother re-married and had two more children. After graduating from high school, Elizabeth returned to Alaska and was working in Anchorage when the Great Earthquake of 1964 struck. Subsequently, she came back to North Dakota. She attended Jamestown College, the University of North Dakota, and graduated from Valley City State College, with her bachelor's degree in education. Subsequently, she obtained a master's degree in counseling. She worked both as a teacher and as a counselor in various schools during her career. Except for a short period in Cincinnati, OH, she has lived her adult life in various towns in North Dakota and in Moorhead.

Elizabeth was preceded in death by her parents; her stepfather, Loren Robert Brown; two older sisters, Mary Joann and Patricia Ann; and by a brother, Edgar Francis.

Elizabeth enjoyed reading and crafts. As a young woman, she was known for her enthusiasm for life and quirky sense of humor. She was a well-loved helpmate to her husband and enjoyed participating in family get-togethers.

She was diagnosed with cancer on December 26, 2018. She was alert and grateful for all visitors and care until sinking into a gentle stage of unconsciousness on the evening of January 6, thereafter passing peacefully at 2 AM on January 7, 2019, with her daughter at her side.

Visitation will begin at 10 AM, followed by a celebration of her life at 11 AM, Friday, January 18, 2019, in Korsmo Funeral Chapel, Moorhead. There will be a reception at Parkview Terrace, Moorhead, beginning at 4:30 PM.

Those who had the honor of knowing her are encouraged to attend either event or both.

To order memorial trees or send flowers to the family in memory of Elizabeth Slone Ellis, please visit our flower store.