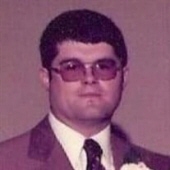 Earl LeRoy Lubiens, the son of Loren and Lois (Irwin) Lubiens, was born August 3, 1949, in Aberdeen, SD. He grew up and graduated from high school in Fullerton, ND, after which he attended Diesel Tech school in Laramie, WY. He then returned to North Dakota where he began driving milk truck for Land O' Lakes out of Oakes, ND, which he did from 1970 until the mid-80's. He then relocated to Fargo where he attended business school and worked various jobs leading to retirement.

Earl was a steadfast believer in God and loved church gatherings and family get-togethers. He was a regular member at the Fullerton Union Church up until the time of his move to Fargo. Once settled in, he became a member of the Seventh Day Adventist Church in Moorhead, MN. He constantly expressed how he enjoyed the fellowship with others in the church and always looked forward to attending services.

He also loved sports and attending events - whether it be local Bison and Redhawks games or the occasional trip to the twin cities for Twins and Vikings games. He loved to share with people how the family had a connection with Twins legend Harmon Killebrew. His uncle, Lyle Lubiens of Nampa, ID, taught Harmon in high school and was later at his signing by the Washington Senators. Earl met him several times and sort of adopted him as a family celebrity, so being a Twins fan ran in his blood.

A Memorial Service for Earl will be Saturday, November 27, 2021 at 2:00 PM, in Fullerton Union Church, Fullerton, ND.

To order memorial trees or send flowers to the family in memory of Earl L. Lubiens, please visit our flower store.