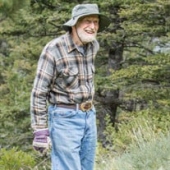 Dr. Gerald Arthur Heuer died unexpectedly on September 14, 2021, in Moorhead, Minnesota, at age 91. "Dr. Heuer' to his students was 'Jerry' to his friends and 'Opa' to his family.

Jerry's rich family life was as important to him as his busy professional life. He was married to Jeanette for 67 years, and together they raised four children. He greatly enjoyed seeing the next generation come along, too, with four grandchildren of whom he was very proud. Jerry also delighted in frequent gatherings with extended family.

Born August 31, 1930, to William and Selma (Rosenberg) Heuer at the dawn of the Great Depression, Jerry grew up on a farm in Bertha, Minnesota. He was the second of eight children, with three sisters and four brothers. As one of the oldest, Jerry was expected to shoulder the tough chores that came with farm life in the 1930s and 40s. He often told the story of rising before dawn in frigid mid-winter to milk the cows before school. Turning 90, Jerry could still name the cows and recalled which ones were cantankerous and which were cooperative as he filled the pails. He realized while milking in the cold and dark that farm life wasn't for him, prompting him to get a university degree.

Jerry is remembered as a gentle and humble older brother to his youngest sister, born 16 years his junior. He came home from college to build snow forts in the farm yard when she was three and four. He was her co-conspirator in allowing her to stay up late as an eight year old to watch the George Gobel show when they would giggle and laugh together.

In the 1940s money was tight for most Minnesota farm kids. A hard worker, Jerry was as eager to earn as he was to learn and in high school landed a summer job in Bertha. He had learned to play the trumpet and had his eye on a horn in town he wanted to buy. But he soon realized his pay would not be enough. A friend suggested they go west to work the wheat harvest from Texas to the Canadian border and Eastern Washington because it paid well. Jerry took off and came back that summer with enough money for the trumpet.

Working the wheat harvest in subsequent summers paid for college. He earned his B.A. from Concordia College in Moorhead in 1951, his M.A. from the University of Nebraska in 1953, and his Ph.D. from University of Minnesota-Twin Cities in 1958. His love of, and aptitude for, math led him naturally to teaching.

Jerry was professor of mathematics at Concordia College from 1956 to 1995 and was the first recipient of the Sigurd and Pauline Prestegaard Mundhjeld Endowed Chair of Mathematics. His favorite courses to teach were Real Analysis, Complex Analysis, and Post-Calculus Probability & Statistics. After retirement, Dr. Heuer became Professor Emeritus and Mathematician in Residence from 1995 until his death. He could be found in his office at the library nearly every day and was always pleased to advise and consult with students and colleagues.

His career in mathematics took him around the world several times. Jerry taught at the Summer Institute for Teachers in Pune, India the summers of 1967 and 1968 and spent one year at the University of California-Berkeley in 1966-67 as a post-doctoral NSF Science Faculty Fellow. Jerry's sabbatical years were at University of Cologne (Germany) in 1973-74, Washington State University in 1980-81, and University of Graz (Austria) in 1987-88. His research collaboration with a mathematician at Uni Graz led to his being invited back, and over the period 1987-97, he spent five semesters as visiting professor at the Karl Franzens University of Graz.

Dr. Heuer was always active in the problem sections of the American Mathematical Monthly, Mathematics Magazine, and other journals. He served a three-year term on the Questions Committee for the Putnam Competition and as a grader several times.

Jerry was Director of the Training Session for the USA Team in the International Mathematical Olympiad and leader of the IMO's USA Delegation in the summers of 1988 in Canberra (Australia), 1989 in Braunschweig (Germany), and 1990 in Beijing (China).

In the decades since retirement Jerry drew up problems and graded papers for two to five regional intercollegiate mathematical competitions each year, including the North Central Section Team Competition, now named after him.

His former students include math professors. One wrote this memory: "On the first day of Topology class at Concordia College, Dr. Heuer stepped up in front of us, said â€˜Hmm, let's see,' and proceeded to remove his vest without taking off his suit coat, finishing by pulling the vest out of one coat sleeve. I thought that was a bit odd, but since he seemed a sort of reserved guy, I assumed he was too warm, yet did not want to take off the coat in front of us. My roomie understood what the point was the whole time."

Another student-turned-professor reminisced: "30 years after I was in his class, he sent me an email when he noticed I had a publication in the College Math Journal. I was impressed he remembered me from so long ago, and with a new last name. I also remember him taking the Math Club to a conference in the 80s. Halfway through, he told me he wished it could go on forever. He really loved both math and his students."

And this story: "I was enormously impressed by his ability to make great exams for the MAA North Central Team Competition. His fluency with numbers in creating problems involving the year of the exam was astonishing."

Finally, this funny remembrance which typifies Jerry's love of numeracy: "Dr. Heuer was my first math prof at Concordia, and I loved having class with him. He always clarified what I found the hardest to understand from just reading the section, and he always had a few great smiles in class. He was always organized and precise. In Probability class he had 28 of us, which I think is the tipping point to the Birthdate problem, where it is more likely that two people share a birthday than all having different birthdays. We all said our birthdays with no match, up until the last student. Then the last student said his birthday, and a huge smile came across Dr. Heuer's face as he exclaimed, â€˜That's my birthday, too!' "

Jerry may have escaped the farm to life in academia, but he took valuable manual labor skills with him. He relished working with his hands to do most anything, such as building a comfortable cabin for his family on 40 acres in the Stillwater Valley of Montana's Absaroka-Beartooth Wilderness. He was a Renaissance man who could swing an axe to split wood and build a stone fireplace and a spring-fed, homemade solar-heated water system as expertly as he could author a complex game theory paper.

Jerry was also a polyglot who fluently spoke, read, and wrote in German. A lifelong learner, he completed a college Spanish major after retiring and often read novels in Spanish.

He loved music, played trumpet when young, and learned piano when old, favoring the classical genre. He attended countless concerts and recitals at Concordia College and elsewhere. Jerry listened intently whenever his grandchildren played piano. One of his favorite pieces was the Waldstein Sonata by Beethoven. He named his Montana property after it, and the mountain above also now bears the name Waldstein.

Jerry's participation in the Lutheran faith was important to him and central to his life. He volunteered as an usher for Trinity Lutheran Church in Moorhead for many years and attended Immanuel Lutheran Church in Absarokee, Montana, during summers.

Dr. Heuer enjoyed traveling to foreign lands to experience different cultures. In addition to his sabbaticals and participation in mathematics programs internationally, Jerry and his wife Jeanette traveled to Mexico, Guatemala, and Costa Rica during winter months to escape the worst of Minnesota cold and to perfect his Spanish.

When he wasn't beating everyone in sight playing chess, Jerry was outside, no matter how cold or hot. Many winters he built an igloo in his yard in Moorhead. He loved the outdoors, cheerfully working summers to keep his patch of Montana clean and neat. A lifelong environmentalist, Dr. Heuer didn't let anything go to waste.

It was as hard to keep up with him when he was hiking and climbing as when playing cards or games. His body was as agile as his mind. Jerry was well-known to be a wiry mountain goat, nimbly scaling most of the highest peaks in the Beartooth range. Even at age 90, Jerry made the steep climb to Lily Pad Lake.

Many years ago he figured out that he was the first Heuer in the world to earn a Ph.D. in Mathematics, followed several years later by his brother Chuck. Then followed other Heuers, primarily in Germany. When his grandson Dylan became the sixteenth Heuer to make the list, Jerry beamed with pride.

Gerald Heuer was the archetype of The Greatest Generation: hardworking, uncomplaining, strong, and capable, yet kind, humble, and gentle, always full of droll good humor, never speaking a sour word to or about anyone. He had a quiet, clever sense of fun; if you paid attention, he would invariably make you chuckle.

Up to his last week Dr. Heuer maintained faithful and active presence on the Concordia College campus. Even though Jerry served as the leader of the USA Delegation to the International Mathematics Olympiad-the most prestigious high school mathematics competition in the world-for a remarkable three times, nothing in his professional life meant more to him than his students. He seemed to remember every one with fondness and respect.

God keep Jerry now, and God comfort all who mourn.

Those who died before him include his parents, brother Don, and sister Mona Truax.

In lieu of flowers, the family requests donations to The Dr. Gerald A. and Jeanette M. Heuer Endowed Mathematics Award. The link to make this donation is located on Dr. Heuer's obituary page on Korsmo website.

A Gathering of Friends will be Thursday, Sept. 23, 2021, from 5 - 7 PM, with a Sharing of Memories at 6:30 PM, in Korsmo Funeral Chapel, Moorhead. A Life Celebration Service for Dr. Heuer will be Friday, September 24, 2021, at 3 PM, in Trinity Lutheran Church, Moorhead. Church policy requires masks to be worn upon entering the building.

Dr. Heuer's service will be livestreamed and can be viewed by following this link to the church YouTube channel:
https://www.youtube.com/user/trinitymhd

In lieu of flowers, the family requests donations to The Dr. Gerald A. and Jeanette M. Heuer Endowed Mathematics Award.
https://www.concordiacollege.edu/giving/endowed-scholarship/scholarships/heuer-dr-gerald-a-and-jeanette-m-heuer-endowed-mathematics-award/

To order memorial trees or send flowers to the family in memory of Dr. Gerald A. Heuer, please visit our flower store.