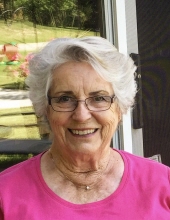 Dorthy Zimmerman, 89, passed away April 12, 2022, in Moorhead, MN. Dorthy “with one o” was born on Christmas Day, 1932, in Challis, Idaho. She married her high school sweetheart, John Kirkpatrick, in 1950. John enlisted in the Air Force and together they followed John’s postings around the United States for the next four years.

After John’s discharge, they returned to the Kirkpatrick family ranch in the Pahsimeroi Valley of Idaho. Dorthy’s first child, Ken, was born there in December 1955. A second child, Jennifer, was born two years later.

The young couple decided ranch life wasn’t for them and, with two small children in tow, they set out for Alaska over several thousand miles of gravel road. After the summer work season wrapped up, they returned to Idaho, where John became an ironworker. For the next five years they moved around southern Idaho, following the jobs in an 8’ x 60’ trailer. Dorthy retained her love of nomadic life for the rest of her life.

Once settled in Pocatello, Idaho, she worked in various office jobs until 1974, when she trained as a licensed practical nurse. After a decade working in doctor’s offices, she again returned to school to train as a cosmetologist. She founded a business, Hair Care for Shut-ins, and became involved in various craft activities, especially quilting. Her quilts decorate the homes of many family members and friends. Her only grandchild, John Alcorn, was born to Jennifer in 1992.

Several years after her husband’s death in 2004, Dorthy sold her home and family cabin in Idaho and moved to the Desert Shadows RV Park in Phoenix, Arizona, where she met Billy Zimmerman, whom she would marry in 2007. Billy and Dorthy enjoyed the life of snowbirds. Her winters were filled with golf and the bustling social life of a seniors-only RV park. Summers were devoted to relaxing at Pelican Lake and worshipping at the Cormorant Lutheran Church.

Dorthy’s health began to decline following a move to Arizona in September 2021. As the winter wore on, she wanted nothing more than to return to Minnesota. Though she fell ill soon after the plane trip, in her last days she enjoyed the company of her devoted husband, Billy; her son Ken and his wife Anna; and the family of Kurt and Deb Lackmann.

To order memorial trees or send flowers to the family in memory of Dorthy G. Zimmerman, please visit our flower store.