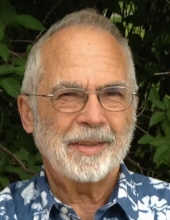 On the afternoon of July 20, 2022, Donald Peter Iverson, known to many as “Pete”, passed away at Eventide Care Center in Moorhead, MN, at the age of 89, surrounded by family. He lived with dementia for many years. Don was born April 14, 1933, in New Rockford, ND, to Dorothy (Ormiston) Iverson and Peter Iverson. He moved to Breckenridge, MN, where he grew up with his two older sisters.

Don loved to tell stories about his summers working on his grandparent’s ranch south of New Salem, ND. He graduated from Breckenridge High School in 1951 and enlisted in the U.S. Army one year later, spending most of his military duty in Fort Sheridan, IL.

When Don attended Moorhead State College, he not only completed Bachelor’s and Master’s Degrees in Education, he also met his future wife, Shirley Isgrig. Don and Shirley married in Juanita, ND in 1955, becoming life partners for 67 years. Together they raised three daughters; Loral, Karen and Petra. He enjoyed camping with family, fixing his old cars, Hershey bars, playing practical jokes, hunting, fishing, riding his bike, family time at the lake cabin near Nevis, MN, and spending winters in southern California. Family was the most important thing in his world. Don navigated life with a twinkle in his eye. He loved his family dearly and we loved him.

Don began his teaching career in 1957 in Santa Paula, CA, before moving to Moorhead, MN to teach in 1958. He worked at Lincoln, Sharp, Park, and Sabin schools as a teacher and principal. He retired after being principal at Riverside school for 17 years. He spent 36 years working in the Moorhead Public School District. Don was loved by his students and he had great compassion for them.

A Memorial Service will be held Saturday, August 6, 2022, at 2:00 pm in Korsmo Funeral Chapel, Moorhead.

If you plan on giving a memorial gift please donate to a charity of your choice.

The family requests all in attendance to please wear a mask to the memorial service.

To order memorial trees or send flowers to the family in memory of Donald P. Iverson, please visit our flower store.