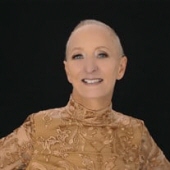 Dianne Phyllis Meissner was born on January 29th, 1959, at St. Ansgar Hospital in Moorhead, MN, to Robert and Phyllis (Erickson) Meissner. She was the youngest of four children. Dianne grew up in Moorhead, MN, until 1969 when the family relocated to the Baker, MN, area. In 1960, her parents built the iconic "Red Cabin" (Meissner Manor) on Middle Cormorant Lake near Lake Park, MN, where Dianne spent her summer days in her childhood, adolescence, and adulthood with her family for years. Dianne attended Barnesville High School, graduating in 1977.

While attending Barnesville High School, Dianne met Jeffrey Hal Bjornson, whom she wed on September 30th, 1978. Jeff and Dianne began their family in Barnesville, MN, briefly living in Downer, MN and then building a home near Rollag, MN, on 160 acres. They had four children. The couple divorced in 2000. Dianne then lived in Barnesville and Moorhead, MN.

She then moved to Watertown, SD, to live with her fiancé, Phil Pedersen. Shortly into their relationship she suffered the loss of Phil to lung cancer. One year after Phil's death, Dianne received her first diagnosis of lung cancer. She bravely fought it, with the love and support of her family, and her cancer went into remission. She noted she had asked God for "just enough time to see my children grow up." She then bought a home in Moorhead and raised her youngest two children to adulthood there. Dianne later went on to graduate in 2008 from Minnesota State Community and Technical College (MSCTC) with a degree in medical transcription. She spent the next several years enjoying her family and living life with gratitude.

In 2013, Dianne met James "Jim" Nelson, later living with him in Fargo, ND, and becoming engaged. They have enjoyed a lot of love, watching the family grow and taking several vacations together. In 2017, Dianne was re-diagnosed with lung cancer. Her body was not able to survive another fight, although she gave it her best. She chose to finish out her days with her loved ones. Her fiancé, James, was a tremendous comfort and a blessing to her and her family as he cared for her to her last day.

Dianne described herself as a homemaker, wife, and stay-at-home mom, but to her loved ones she was so much more. She held several jobs she enjoyed, including working in property management, telecommunications for the deaf, working for Clay County and several others. To her children she was an inspiration, a leader, a confidant, a cheerleader and a friend. Dianne was a fantastic artist, creating several beautiful oil paintings we will cherish. She consistently showed us that adversity could be bested through simple passion, tenacity, and stubbornness.

Dianne was preceded in death by her parents, Robert and Phyllis (Erickson) Meissner and her former fiance, Phil Pedersen. Dianne will be dearly missed by all that knew her.

To order memorial trees or send flowers to the family in memory of Dianne P. Meissner, please visit our flower store.