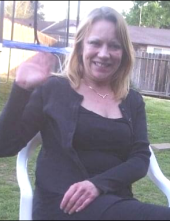 With great sadness, we share that a beautiful, creative, generous, shining soul joined the choir of angels in heaven on a quiet June night. Diane Marie Mohrbacher (lovingly always known as Deen), beloved and devoted daughter, sister, aunt, niece and friend, died peacefully in her sleep in her home in Moorhead.

Diane was born in Fergus Falls, Minnesota to Roger and Harriet (Ellingson) Mohrbacher, on May 4, 1960. Before moving to Moorhead in 1969, the family lived in New York Mills and Montevideo, Minnesota. She attended St. Joseph’s Elementary and Central Junior High School in Moorhead. She was an active Girl Scout from Brownie to Senior level, earning many badges. After graduating from Moorhead Senior High School in 1978, Diane attended Moorhead State University until relocating to Sacramento, California, where she was the office manager for The Engineered Metals Company, Inc. until its closing ten years later. She was a loving mother to numerous cats and dogs who were the joys of her life. Deen returned to Moorhead after the passing of her much-loved Dad in 2014. She worked for Northport Hornbacher’s for a time where she was proud to have once been named Employee of the Month. She also worked at Eventide Nursing Home until having to resign due to health problems.

Bravely and with compassion for her fellow patients, she beat breast cancer and humbly rang the bell at the Roger Maris Cancer Center in Fargo, where she appreciated everyone who cared for her so very much. The bell ringing was followed by a happy celebration at her favorite restaurant, Olive Garden.

Deen named spiders instead of killing them. She never met a dog or cat she didn’t stop to pet or a person whose feelings she didn’t put ahead of her own. She fiercely, loyally and truly LOVED those she loved. She loved family get-togethers, holidays, playing games, laughing and making others laugh. Volunteering with shelter dogs brought her much joy.

Deenie could write amazing lyrics and then put them to the most beautiful original music. She was an extremely talented guitarist and treasured the old Martin Dad passed along to her and taught her to play, as much as the mandolin she inherited from Gramma Hazel, who always encouraged her musical ability by creating an atmosphere of fun and song. And the girl could sing.

She was an incredibly creative artist who’d make whimsically elegant masterpieces out of things she found in nature, turning tiny specks of green and tiny bits of flower petals into intricate works of art. She wrote songs for each of her sisters’ weddings and a very special song for her parents’ 50th wedding anniversary. Deen’s birthday cards usually included a funny, personalized poem written just for the lucky recipient.

Deen has now been reunited with many who had gone before her whom she had missed and loved so very much, including her dad, grandparents, Bernie and Hazel Ellingson, and Roger and Inez Mohrbacher; great-grandparents; as well as many other relatives, friends and pets.

We were beyond lucky to have had her in our lives; now Deen flies in paradise

Visitation will begin at 9 AM, followed by a Life Celebration Service at 11 AM, Saturday, June 25, 2022, in Korsmo Funeral Chapel, Moorhead.

To order memorial trees or send flowers to the family in memory of Diane M. Mohrbacher, please visit our flower store.