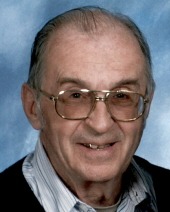 Dezso Gerald Bandy was born on May 15, 1932, to Dezso and Julia (Kish) Bandy, in St. Paul, MN. Jerry was raised in St. Paul where he graduated from high school in 1950. Jerry went on to college graduating from St. Cloud State for his bachelor’s degree and then went to Moorhead State University for his master’s degree. In 1953, Jerry served in the army for two years, serving during the Korean War. He was very proud of his service in the army.

On December 26, 1953, Jerry was united in marriage to Bonnie Ellis, in Pine River, MN. Together the two made their home in Moorhead where they raised six children. Jerry worked as a sixth-grade teacher in various Moorhead elementary schools until he retired. He was also a wonderful violinist, who played in the FM Symphony Orchestra. Aside from Jerry’s love for music he enjoyed games, especially chess, card games like 500. Jerry was a scout master for a troop 632 at The Lutheran Church of Christ the King. He enjoyed the outdoors and liked to hunt and fish. He enjoyed activities that he could do with his friends and family most.

Jerry’s memorial service will be held on Thursday, October 6, 2022, at 11 AM, in The Lutheran Church of Christ the King, Moorhead, with a visitation one hour prior. Burial will be in Pine River Cemetery, Pine River, MN, at a later date.

Memorials preferred to The Lutheran Church of Christ the King’s Joy Fund, or to a charity of your choice.

To order memorial trees or send flowers to the family in memory of Dezso "Jerry" Bandy, please visit our flower store.