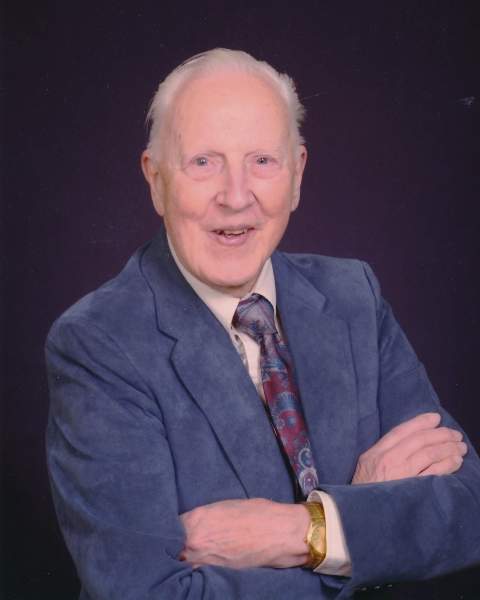 Harold Dean Sorum was born February 19,1931, in Hettinger, ND, the son of Christian M. and Ida B. Sorum.  He lived the first seven years of his life on his parents’ ranch near Sorum, SD, and spent the rest of his growing up years in Abercrombie, ND, where his parents owned the telephone company.

Dean worked in the family business and completed high school in Abercrombie in 1949.  He graduated from the University of North Dakota with a BS in Electrical Engineering in June 1954, and received a commission in the United States Air Force Reserve.  After serving for two years, he moved to Moorhead, MN, where he was employed by Communications Consultants, Inc. of Fargo. He was a registered engineer in several states and became president of Communications Consultants, retiring in 1999 after working for the same company for more than 42 years.  During his career, communication technologies went from multi-party manually switched lines to digital fiber optic transmission for both local and long- distance networks.

Dean was a charter member of The Lutheran Church of Christ the King in Moorhead, a member and former president of the Fargo Engineers Club, a former president of the Grover Club for Oak Grove Lutheran High School, a 27-year member of the Fargo Lions Club, an active member and leader for many years in the Hadeland Lag in America, and a Life Member of the Institute of Electrical and Electronic Engineers.

Visitation for Dean will be Sunday, November 13, 2022, from 4 – 6 PM, in The Lutheran Church of Christ the King, Moorhead.  His funeral will be Monday, November 14, 2022, at 1 PM, in the church.  Burial will be in Bethany Free Lutheran Cemetery, rural Abercrombie, ND.

To order memorial trees or send flowers to the family in memory of Dean Sorum, please visit our flower store.