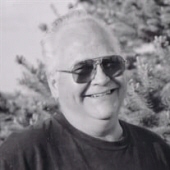 David Roland Erickson was born June 3, 1941, the son of Albin and Emma (Mostel) Erickson, in Grand Forks, ND. He was raised in Roseau, MN, where he graduated from Roseau High School in 1959. After High School, David moved to California to work in the lumber industry before returning to Roseau and working for Arctic Cat Industries.

On November 13, 1963, he was united in marriage to Doris Montry in Thief River Falls, MN. They established their home in Thief River Falls and in 1974 moved to Fargo, ND. David was one of the original founders for Viking Snowmobile and Wetjet and later worked as a computer consultant for many years. Doris passed away on May 9, 2011. David then moved to Dilworth and on January 11, 2013, he was united in marriage to Ada Kondos in Fargo. They continued make their home in Dilworth.

David enjoyed camping and spending time at the lake, He especially enjoyed spending time with his family and friends. David also spent many years working and volunteering at the Western Minnesota Steam Threshers Reunion in Rollag, MN.

He was preceded in death by his parents and wife, Doris.

Following the service family and friends are invited to VFW Post 1223, 1505 Center Ave W, Dilworth, for a time of fellowship and lunch.

To order memorial trees or send flowers to the family in memory of David R. Erickson, please visit our flower store.